Center for Government Excellence, established with a grant from Bloomberg Philanthropies, is part of JHU's 21st Century Cities Initiative 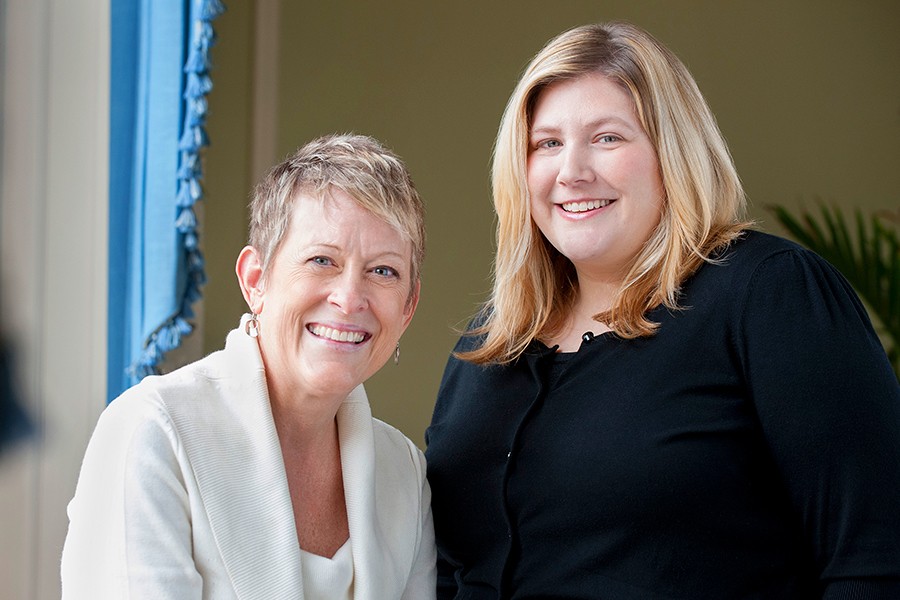 The Center for Government Excellence at Johns Hopkins, established with a grant from Bloomberg Philanthropies, aims to assist more than 100 U.S. cities in creating data infrastructures to transform the way their governments operate. The center is part of the university's 21st Century Cities Initiative, a university signature initiative that brings together city leaders and top researchers to confront the pressing needs of revitalizing cities throughout the country and abroad.

"Our focus is on resilient cities both here and around the world. We want to study 21st-century possibilities and challenges, and to adopt 21st-century solutions," says Kathryn Edin, a sociologist in the Krieger School of Arts and Sciences, who has been named director of the 21CC initiative. Edin has guided the organizational, financial, and investigatory growth of 21CC, formerly named the Johns Hopkins Institute for the American City, since joining the faculty last year as a Bloomberg Distinguished Professor.

"Imagine a city whose infrastructure is crumbling," she says. "The 20th-century solution is to dig up pipes, repair them, and put them back in the ground. In the 21st century, we'd want to think bigger than that."

Today's cities face problems ranging from planning for the effects of climate change to alleviating an increasingly diverse experience of poverty, but, Edin says, they have advantages over their 20th-century counterparts: Cities are less violent, and they will soon have a wealth of research and data to rely on. "Cities are often in crisis mode, and it can be hard for city officials to see new possibilities. We want to be the people who offer that vision and information to civic leaders," she says.

According to Denis Wirtz, the university's vice provost for research, "Hopkins has an incredibly deep bench of talent to address the complex challenges faced by cities today. We have urban health specialists, urban poverty and wealth-generation experts, and experts in cities preparedness for natural and man-made disasters. This expertise is distributed among all schools and units of the university, carrying on a long urban research tradition at Hopkins."

Wirtz also oversees the Bloomberg Distinguished Professorships program, which is bringing 50 world-class interdisciplinary faculty to Johns Hopkins in support of the university's signature initiatives and other areas of importance to the institution's future.

The new Center for Government Excellence was established as part of Bloomberg Philanthropies' new What Works Cities initiative, a $42 million effort to help mayors and local leaders use data and evidence to engage the public, improve services, and evaluate progress.

"While cities are working to meet new challenges with limited resources, they have access to more data than ever—and they are increasingly using it to improve people's lives," says three-term New York City Mayor Michael R. Bloomberg, a Johns Hopkins alumnus and former chair of its board of trustees. "We'll help them build on their progress, and help even more cities take steps to put data to work. What works? That's a question that every city leader should ask—and we want to help them find answers."

Also see: Bloomberg to give $42 million to help cities do more with data

The Hopkins center will bring together a group of the nation's leading applied urban researchers under the leadership of Beth Blauer, a well-known proponent of open government and of data transparency and utilization, who served as a sounding board for What Works Cities as the program was being developed. The team will complement the strengths of more than 140 academic urban researchers already housed across 21CC's seven partner schools at Johns Hopkins.

"Cities across the country are looking for ways to upgrade their use of data and evidence to deliver results for citizens," Blauer says. "I'm thrilled to lead our institutions' efforts, which will pair public-sector expertise from leaders across the country with the university's vast research to deliver unique and customized technical assistance to practitioners on the ground. The center will have enormous capacity to help shift the culture of individual cities and the sector toward more-effective government.

"We'll be a bridge between work happening on campus and midsize cities across the U.S. Then we want to grow to have global impact," continues Blauer, who is renowned for her leadership of Maryland's innovative performance management program, StateStat, and who helped develop the performance management and collaboration tool Open Performance (formerly GovStat), which is used by the states of Maryland, Hawaii, and Washington; the cities of Baltimore, New York, and Kansas City, Missouri; and San Mateo County, California.

Now executive director of the Center for Government Excellence at Johns Hopkins, Blauer will continue to work closely with Bloomberg Philanthropies and What Works Cities partners—among them, Results for America, the Sunlight Foundation, and Harvard University's Government Performance Lab—to promote What Works practices, assess the state of these practices in cities, and support the widespread implementation and enhancement of data collection, analysis, and use in public policy.

"The center will visit 150 U.S. cities over the next three years to assess data infrastructure and recommend change so that cities can truly govern with data," says Blauer, who sees the center as providing a platform for cities to develop best practices. "There's a big void of data right now. We want to create data standards that nurture an environment for cities to collaborate, share resources, and expedite results. The center will have enormous capacity to support cutting-edge research, tap into comprehensive and live data, and inform research across a lot of verticals."

The center is starting with midsize U.S. cities—those with a population between 100,000 and 1 million—to begin building assessments.

In addition, 21CC will continue to build Johns Hopkins' urban research program by purposefully investing in high-profile faculty. Among the new hires is Bloomberg Distinguished Professor Stephen Morgan, an expert in inequality, education, and methodology, specifically in predictors of student achievement. Together, these individuals will form the nation's leading group of urban researchers harnessing their expertise to improve the well-being of all citizens of America's revitalizing cities.

After the center's initial assessment of 150 cities, its next step will be to support at least 100 cities in beginning or advancing their open data practice. In this work, the center will support the cities as they release data to decision-makers and residents, enable them to track progress on public services and programs, promote a culture of government transparency and accountability, and engage citizens.

"What we'd like to see is every city governing in ways that are data-driven. We can actually know what works and what doesn't by creating better data infrastructure," Edin says. "Typically, public health policies are recommended, implemented, and then watched to see what changes. But cities can't sort out competing explanations for whether the changes they see could have happened for reasons other than the policy; that's where more academic research comes in."

While research is a key to 21CC, the initiative's applied arm is just as important to Edin. "A lot of people want to know, What will we do for people in the near term? Saying, 'Well, we'll produce good research,' isn't enough. We have to make sure that research is making a difference," she says.

To that end, the center will help cities identify and prepare the best data for release; support cities as they build processes that collect and release machine-readable data in their chosen open data platform; help cities create oversight structures for quality, compliance, updates, and tracking; and guide cities in using data to engage the public.

"The center will transform how city governments operate," says Johns Hopkins President Ronald J. Daniels. "It will promote a culture of government transparency, accountability, and engagement with citizens, and will help cities learn to make quick, measurable improvements in citizens' lives."

The 21CC initiative has a teaching component, too, including the recent launch of a social policy minor at the Krieger School. Students spend time in a policy setting—studying either federal-level policy in D.C. or city-level policy in Baltimore—using state-of-the-art data methods to understand the impact of policy structures and funding. Working with faculty from 21CC, undergraduates have an opportunity to become engaged with real-world problems.

"Baltimore is a microcosm of everything that is promising and everything that was challenging about American cities," Edin says. "It's a resilient city in that it's now a magnet for millennials and empty nesters. It's a city where you can go to the Inner Harbor and see an astonishing mix of people both in terms of race and class. It's a city where neighborhoods, by contrast, are deeply divided by income and race. So it's a great city for policy students and urban researchers to embrace."

Wirtz agrees, calling Hopkins "a place where the best ideas are thought out, analyzed, researched, and then shared to collect, analyze, and utilize big data for decisions facing the cities. The impact will be very far-reaching."