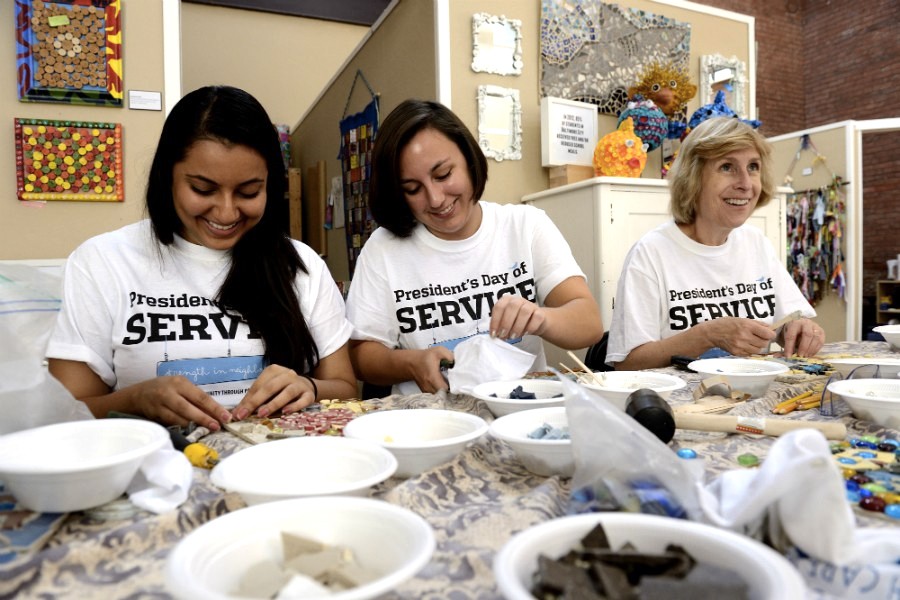 Image caption: Volunteers this fall work with Art With a Heart

Back in 2005, Mindi Levin was charged with running a new community outreach center for Johns Hopkins in East Baltimore. Community service was already part of the campus culture, but her job was to streamline the scattershot efforts, creating a unified resource for the schools of Medicine, Nursing, and Public Health. 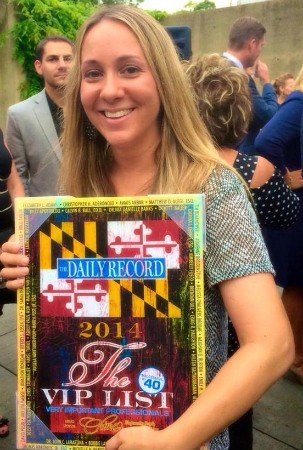 "It started with just me," she says. "There was no formal entity or faculty member to help with community engagement."

But there was a demand for it. Students in East Baltimore "felt they shouldn't just be in the classroom, learning theory," Levin says. "They felt like, 'We should be working with the people whose health we're trying to improve.'"

A decade later, Levin's center is now a sophisticated engine. Levin and three other full-time staffers at SOURCE can count 100 partnerships with community-based organizations in Baltimore whose interests run the gamut from health care, housing, and the environment to refugees, women, the LGBT population, and senior citizens. Over the years, 7,623 East Baltimore students have logged more than 200,000 hours of volunteer service with not only those organizations but also 40 student groups. More recently, SOURCE has helped 56 academic courses integrate service learning.

Next Thursday, as a wrap-up to National Volunteer Week activities, SOURCE will bring together participants past and present to celebrate its 10-year anniversary at the Living Classrooms Foundation in Fells Point.

In her time running SOURCE (a loose-fitting acronym for "Student OUtreach Resource CEnter"), Levin says its approach to community service has evolved. People normally think of it as "a nice day of gardening or working in a soup kitchen," she says—and SOURCE does offer those opportunities. But it's more focused now on building "long-term, sustainable, mutually beneficial relationships."

An example is SOURCE's long-running relationship with Moveable Feast, a McElderry Park-based organization that provides meals for people living with HIV/AIDS and other conditions. SOURCE routinely pitches in with volunteer days there, packaging food, but recently one JHU student went deeper. Through a mixed-method study, the student looked at "medically tailored food security interventions for people living with HIV," examining costs and health outcomes, Levin says.

Several SOURCE programs help foster that type of deeper engagement. One awards students a stipend to undertake a yearlong project with a Baltimore organization, recruiting four other students to help out. Service-learning fellowships are also available, for both faculty members and representatives of SOURCE's community partners.

One of this year's Community Fellows is Andy Timleck, an educator and advocate at AIRS, which provides supportive housing for people living with AIDS. Through SOURCE, Timleck has worked with JHU professors and students in several capacities, including a data policy study of income changes for residents in AIRS' housing program.

"I believe there's a concrete value in how Hopkins is using service learning," Timleck says, adding that he's become "an advocate for SOURCE's efforts to push beyond "its own bubble" in East Baltimore.

For Levin, one of the most rewarding outcomes of SOURCE has been watching students "fall in love with Baltimore" through their community service and decide to set up roots here. "So many people come to Baltimore City, they're afraid, they've heard things. But when they work in the community … they realize how warm people in the city are, and they see there's a lot of resiliency in our community partners."

"We've invited faculty, alums, students, partners—everybody who's been involved with SOURCE over the past 10 years," Levin says.

The event follows a week of activities SOURCE has scheduled for National Volunteer Week, starting April 17, as well as a volunteer awards luncheon on April 22.