Computer scientist, five-time Academy Award winner will be among honorary degree recipients at universitywide ceremony on May 21

Ed Catmull, a co-founder of Pixar Animation Studios, a computer scientist responsible for groundbreaking blockbusters like Toy Story, and a winner of five Academy Awards, will speak at Johns Hopkins University's commencement exercises on May 21. 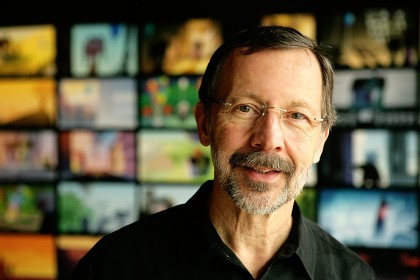 Catmull, now president of Pixar and Walt Disney Animation Studios, will receive an honorary doctorate of humane letters at the ceremony, where about 7,000 Johns Hopkins undergraduates, graduate students, and professional students will also be awarded their degrees.

A lifelong fan of animated films, Catmull has said that as a kid he dreamed of a career as a traditional animator but eventually decided he could not draw well enough. He switched to computer science and eventually earned a PhD in 1974 at the legendary computer graphics labs at the University of Utah. It was there that he focused on building the technology to create the first computer-animated feature film. That plan culminated more than two decades later in Pixar's 1995 release of Toy Story. Catmull was executive producer.

"With a unique blend of tech savvy and creative vision, Ed Catmull has transformed the art and science of animation, harnessing technology to explore our common humanity," Johns Hopkins President Ronald J. Daniels said. "His fearless curiosity and passion for discovery speak to our students, who will leave Johns Hopkins able to stretch the bounds of creativity—to infinity and beyond."

While at Utah in 1972, Catmull created a program that digitized his left hand, making a groundbreaking short film showing the animated hand turning, opening and closing, and pointing. A Computer-Animated Hand was later incorporated into the 1976 movie Futureworld and eventually preserved in the Library of Congress' National Film Registry. The film and the breakthroughs Catmull made while at Utah laid the groundwork for his life's work and eventually for the RenderMan technology. Co-developed by Catmull, RenderMan has been used not only for Toy Story and every other Pixar blockbuster since its release, but also for 44 of the last 47 films nominated for an Academy Award for visual effects.

His first book, Creativity, Inc.: Overcoming the Unseen Forces That Stand in the Way of True Inspiration, became a New York Times best-seller and was widely praised as one of the best business books of 2014.