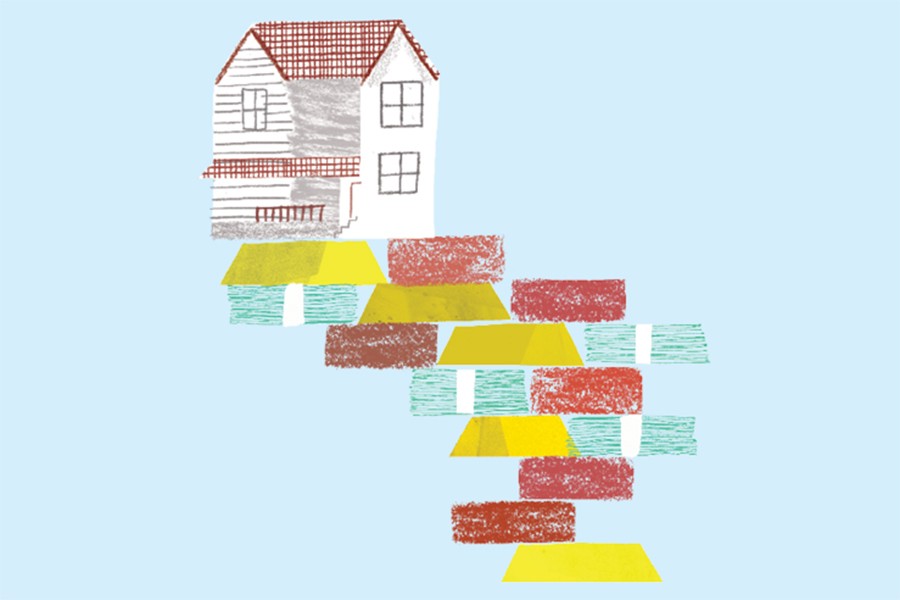 Editor's Note: This article was originally published in the Spring 2015 issue of Changing Business

As a nation's housing market goes, so goes its economy. Whether stable, volatile, strong, or weak, a country's housing market and its overall economy follow similar paths. That holds as true in an advanced economy, such as the U.S.'s, as it does in an emerging economy—Thailand's, for example, or Hungary's.

But the reasons for ups and downs in the housing market are very different for advanced economies compared with emerging ones—a new insight that could have important implications for the global economy as the United States Federal Reserve considers raising interest rates for the first time since 2008.

Alessandro Rebucci, an assistant professor at the Johns Hopkins Carey Business School, along with colleagues [Ambrogio Cesa-Bianchi] (http://www.bankofengland.co.uk/research/Pages/economists/staff/ambrogio_cesa_bianchi.aspx) of the Bank of England and Luis Felipe Cespedes of Universidad Adolfo Ibanez, describe this insight and the research that led them to it in an article titled "Global Liquidity, House Prices, and the Macroeconomy: Evidence from Advanced and Emerging Market Economies," forthcoming in the Journal of Money, Credit and Banking.

Over the years, many emerging economies have experienced housing-based financial crises similar to the recent U.S. crisis. But with little or no data available on house prices in those countries, Rebucci says, economists have been unable to meaningfully compare the crises or glean information that might help buffer future downturns. So a few years ago, the researchers began building a data set of 1970-2012 house prices in 57 nations that represent more than 95 percent of the world's Gross Domestic Product, and have since used those data to explore differences between economies and the reasons behind the variations. They learned that house prices in emerging economies grow more slowly, shift more precipitously, and are more closely correlated with changes in international financial conditions.

The researchers used their new data set to undertake three broad tasks. The first was to compare how housing prices behaved in emerging markets and in advanced markets. They found that prices in emerging markets varied more over time, acting as a potentially larger source of instability to their economies.

Next, they wanted to learn what brings about such variation and instability. By measuring their data against financial conditions outside the nations' own economies—for example, changes in the international supply of credit—they found that these external disturbances affect housing prices and consumption two to three times more in emerging economies than in advanced ones.

In the case of advanced economies, what matters is the role of the housing market within the context of that nation's overall economy. In emerging economies, the interaction between a nation's housing market and the global economy is the driving force.

The researchers' final step was to try to understand why the two kinds of economies are so differently affected by outside forces. What is the mechanism responsible for such a large quantitative difference in impact? First, they manipulated their data to remove a country's housing sector from the analysis, letting the international supply of credit affect the economy without affecting housing. They discovered that this external force has a large impact in both advanced and emerging economies but operates through different pathways. In emerging economies, the impact occurs through changes in exchange rates, while in advanced economies it moves mainly through domestic channels.

Next, they disconnected the component of the international supply of credit that works through the exchange rate and let it affect the housing sector. In this scenario, the exchange rate played a small role in advanced economies' consumption and housing markets, but it drove the majority of the impact in those of emerging economies. This distinction led the researchers to conclude that the housing sector is significant in both economies but, again, works though different channels. In the case of advanced economies, what matters is the role of the housing market within the context of that nation's overall economy. In emerging economies, the interaction between a nation's housing market and the global economy is the driving force.

The experiments that the researchers conducted with their data sets, Rebucci says, are similar to those that will unfold in real life when the Fed likely raises interest rates later this year (as was expected at the time of this writing). Historically, big shifts in international financial conditions drain money from smaller economies, so economists need to be on the lookout for signs of trouble in emerging markets. And if trouble develops, it's more likely than ever before to spill over into larger economies. Until the early 2000s, when emerging economies were smaller and less interconnected, a small one's derailment caused few ripples. But the finances of most economies in the world have become increasingly intermingled, so advanced economies are more apt to feel the impact of a downturn in emerging economies.

"If a few emerging economies go down, that will put a drag on the U.S.," Rebucci says. "Mexico is the second-largest trading partner of the U.S. If it runs into trouble, unlike 1994 our border states will feel the pain. If emerging Europe has a problem, it will complicate further the European situation and eventually will come back to haunt the U.S. A crisis in a large collection of interconnected small economies will be as bad as one in a very large business partner."