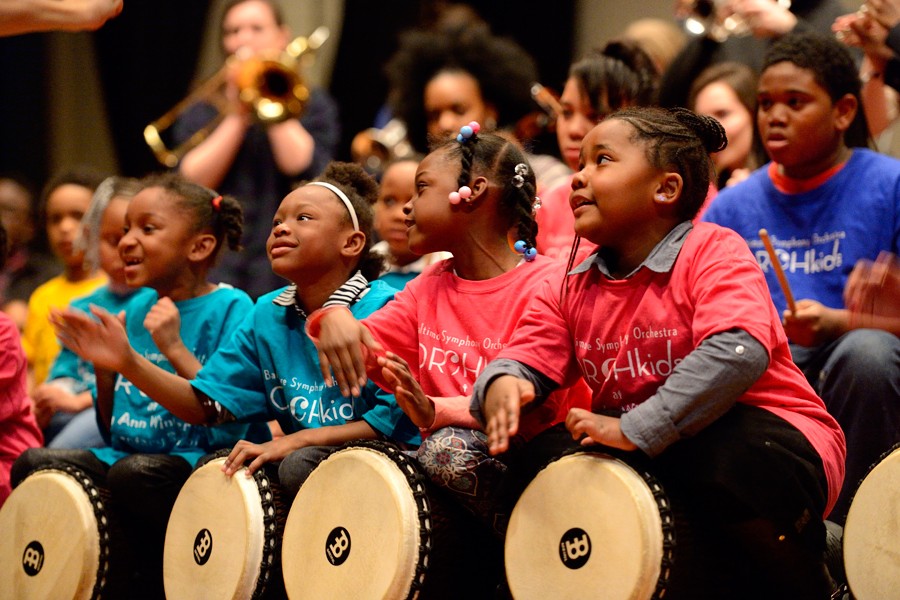 Young musicians from Baltimore Symphony Orchestra's OrchKids program took the stage at Shriver Hall on Friday afternoon for a lively concert featuring original compositions that encouraged students to entertain their creative urges—like break dancing on a whim, or assuming center stage for a solo. 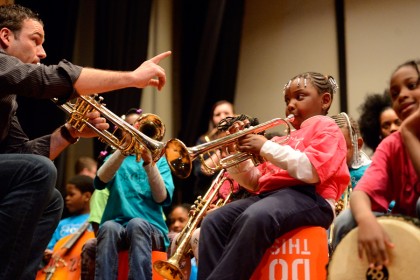 The seventh annual Creative Connections performance paired students from Baltimore City Public Schools with musicians from the United Kingdom's Guildhall School of Music and Drama, other arts organizations, and schools in Baltimore City for a week of creative workshops, culminating in the Shriver Hall performance.

OrchKids is a year-round music program that puts instruments in the hands of students from Baltimore City Public Schools. Daniel Trahey, a Peabody alum and the group's artistic director, was instrumental in its creation.