She will discuss recruiting, give advice for parents of athletes 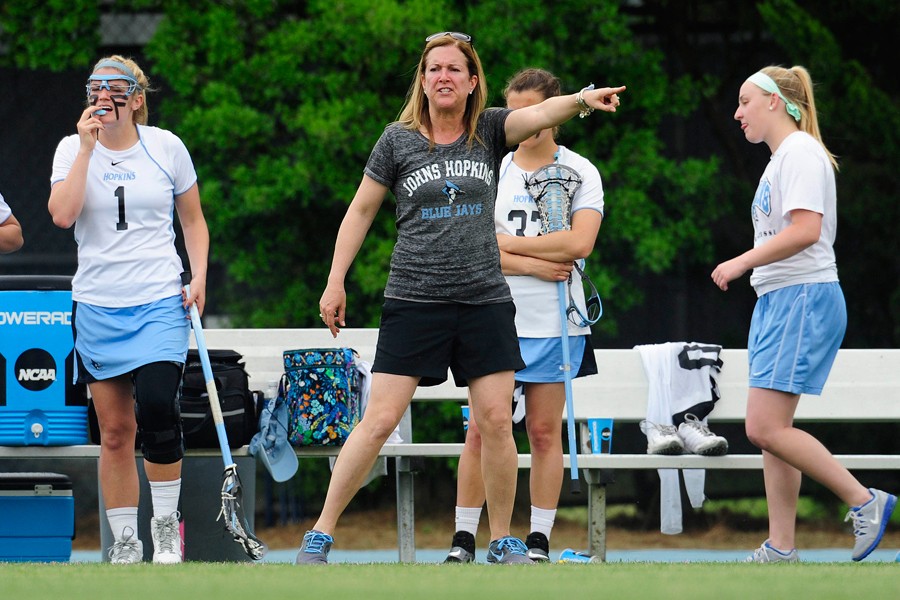 Image caption: Janine Tucker is in her 21st season as the Blue Jays women's lacrosse coach, and her 240 wins are the most by anyone in the history of the program.

Johns Hopkins women's lacrosse coach Janine Tucker will appear on NBC's Today Show on Thursday as part of its series on kids and sports.

Tucker, whose comments in the December issue of Lacrosse Magazine on recruiting multi-sport athletes caught the attention of Today Show producers, will be a guest in the 10 a.m. hour. She will talk with co-hosts Hoda Kotb and Kathie Lee Gifford about coaching, recruiting, and her advice to parents.

"Of the recruits we see, one of the first questions I ask is, 'Do you play basketball?'" Tucker told Lacrosse Magazine. "If they do, they understand angles, footwork and how to get low on defense. Those are critical skill sets for basketball players that are engrained in their heads. We also love soccer players, because they can run all day. Those skill sets translate into our game. There's pressure for kids to specialize in lacrosse. I see it backfiring. Often it's the parents who want to their kids to specialize. That's dicey. A lot of these lacrosse recruits are on teams that go 20-0. If you play soccer and are on a .500 team, you learn to manage tough losses and pick yourself back up. That's an invaluable experience as you grow."

Tucker, in her 21st year leading the Blue Jays, is the winningest coach in the history of the women's lacrosse program with a 240-127 career record. Hopkins has made eight NCAA tournament appearances during her tenure, and she has coached 23 All-Americans.