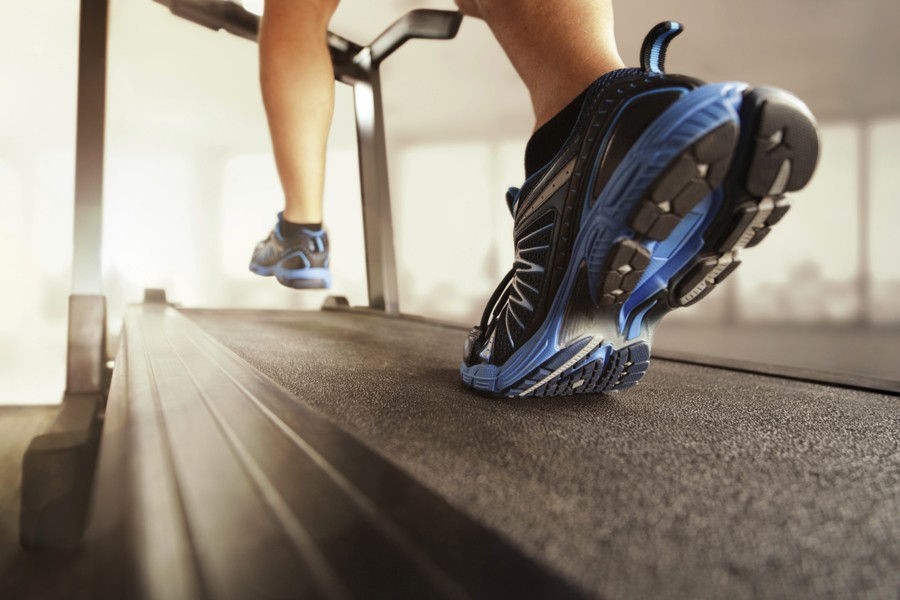 Cardiologists at Johns Hopkins have developed a formula that enables them to estimate an individual's risk of dying over a decade based on the results of a simple, common treadmill test.

There are several existing exercise-based systems designed to measure the short-term risk of dying, but they do so strictly among patients with established heart disease or overt signs of cardiovascular trouble. These systems factor in multiple variables and incorporate results from additional tests, including electrocardiograms.

By contrast, the new algorithm—dubbed the FIT Treadmill Score and described in the March 2 issue of the journal Mayo Clinic Proceedings—can gauge long-term death risk in anyone based solely on treadmill exercise performance. The score, the research team says, could yield valuable clues about a person's health and should be calculated for the millions of patients who undergo cardiac stress testing in the U.S. each year.

"The notion that being in good physical shape portends lower death risk is by no means new, but we wanted to quantify that risk precisely by age, gender, and fitness level, and do so with an elegantly simple equation that requires no additional fancy testing beyond the standard stress test," says lead investigator Haitham Ahmed, a cardiology fellow at the Johns Hopkins University School of Medicine.

The doctors came up with their formula by analyzing data from 58,000 heart stress tests, which are commonly used to determine who needs invasive cardiac testing and measure how well the heart and lungs respond to physical exertion while a person is walking on a treadmill at progressively higher speed and elevation. In addition to age and gender, the formula factors in peak heart rate reached during intense exercise and the ability to tolerate physical exertion as measured by so-called metabolic equivalents, or METs, a gauge of how much energy the body expends during exercise. More vigorous activities require higher energy output, better exercise tolerance, and higher fitness level. An activity such as slow walking equals two METs, compared with eight for running.

"The FIT Treadmill Score is easy to calculate and costs nothing beyond the cost of the treadmill test itself," says senior study author Michael Blaha, director of clinical research at the Johns Hopkins Ciccarone Center for the Prevention of Heart Disease. "We hope the score will become a mainstay in cardiologists and primary clinicians' offices as a meaningful way to illustrate risk among those who undergo cardiac stress testing and propel people with poor results to become more physically active."

For the study, the team analyzed information on 58,020 people, ages 18 to 96, from Detroit, Michigan, who underwent standard exercise stress tests between 1991 and 2009 for evaluation of chest pain, shortness of breath, fainting, or dizziness. The researchers then tracked how many of the participants within each fitness level died from any cause over the next decade. The results reveal that among people of the same age and gender, fitness level as measured by METs and peak heart rate reached during exercise were the greatest indicators of death risk. Fitness level was the single most powerful predictor of death and survival, even after researchers accounted for other important variables such as diabetes and family history of premature death—a finding that underscores the profound importance of heart and lung fitness, the investigators say.

"We hope that illustrating risk that way could become a catalyst for patients to increase exercise and improve cardiovascular fitness," Blaha says.