A student at the Johns Hopkins Peabody Institute who was expected to graduate this spring died Monday after a long battle with leukemia, Dean Fred Bronstein wrote in a message to the Peabody community today. 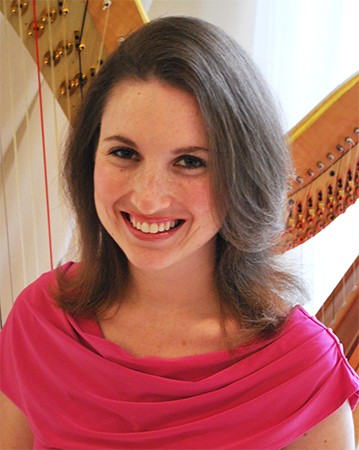 Cameron Huster Beck, an accomplished harpist who had appeared at the World Harp Congress in Dublin, Ireland, and collaborated with the Orlando Philharmonic Orchestra, was pursuing a graduate performance diploma at Peabody and studying with Ruth Inglefield. She was 28.

Huster Beck will be honored at Peabody's commencement ceremony in May, and her degree will be awarded posthumously, Bronstein said.

"As so many of you know, Cameron's bright smile and positive attitude never failed, even throughout her illness," Bronstein wrote. "Her grace and perseverance were an inspiration to many. Our thoughts and prayers are with her family, many friends, and fellow harpists, who are feeling her loss so keenly."

At Peabody, Huster Beck was an active volunteer in The Creative Access and a founding teacher of HarpAdventures. A native of DeLand, Florida, she had established a private studio there and was adjunct harp faculty at Stetson University. She also served as President of the Central Florida Chapter of the American Harp Society.