Elizabeth Nance among young scientists selected for '30 Under 30' list

Johns Hopkins postdoc Elizabeth Nance, whose research could lead to new treatments for brain cancer and other brain ailments, is among 30 "young scientists who are changing the world," according to Forbes magazine. 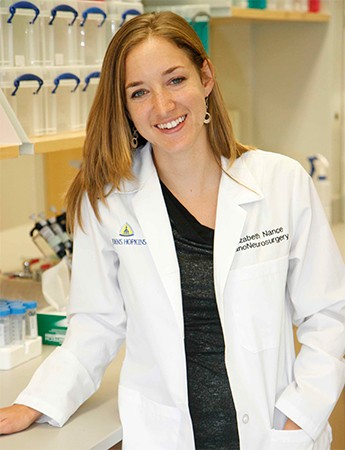 The publication includes Nance in its annual "30 under 30" feature, a series of lists recognizing up-and-comers in fields ranging from Music, Sports, and Entertainment to Consumer Tech, Education, and Venture Capital.

Nance, 29, is among 30 people selected in the Science category, a distinction she shares with researchers "who are bringing physics to medicine, discovering new planets, and deciphering the genomes of humans and other organisms." She is recognized for her research on the use of nanoparticles to penetrate deep in the brain.

Elizabeth Nance developed the first nanoparticles that can penetrate deep within the brain (most medicines can't get past the protective blood-brain barrier). These nanoparticles will potentially allow doctors to safely gather more information, and better images, from the brain, even in newborn babies. She is currently testing these nanoparticles in animals, with an eye toward treating diseases including stroke, autism, and cerebral palsy.

Nance earned her PhD in chemical and biomedical engineering from Hopkins in 2012 and is completing a postdoctoral fellowship in anesthesia and critical care medicine at the Johns Hopkins University School of Medicine.

Others who made the Forbes lists include: 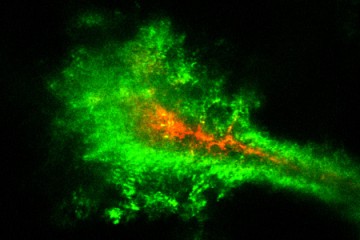