Stephen G. Nichols, James M. Beall Professor Emeritus of French and Humanities in the Krieger School, has been awarded a Humboldt Research Award by the Alexander von Humboldt Foundation. This prestigious award is granted "in recognition of a researcher's entire achievements to date to academics whose fundamental discoveries, new theories, or insights have had a significant impact on his or her own discipline and who are expected to continue producing cutting-edge achievements in the future." The Humboldt Foundation grants up to 100 Humboldt Research Awards annually. 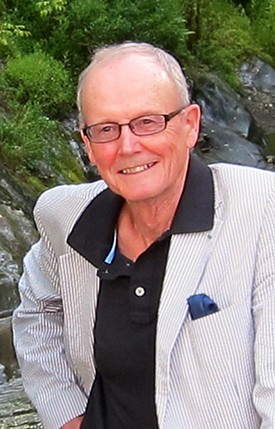 A specialist in medieval literature, art, and history, Nichols joined the Johns Hopkins faculty in 1992. He is a member of the American Academy of Arts and Sciences, a fellow of the Medieval Academy of America, and an honorary senior fellow of the School of Criticism and Theory. He is founding editor of the online revue, Digital Philology; A Journal of Medieval Culture, published by the Johns Hopkins University Press and Project Muse. He has also written or edited 19 books, including Romanesque Signs: Early Medieval Narrative and Iconography, which won the Modern Language Association's James Russell Lowell Prize for an outstanding book by an MLA author in 1984. Nichols has held several major fellowships, including ones from the Guggenheim Foundation, the National Endowment for the Humanities, and the American Council of Learned Societies. In 1992, the University of Geneva conferred on him the title of Docteur ès Lettres, honoris causa, while the French Minister of Culture made him Chevalier de l'Ordre des Arts et Lettres in 1999.

Over the last decade, in a project sponsored by the Andrew W. Mellon Foundation, Nichols has been instrumental in developing a digital library of medieval manuscripts at the Milton S. Eisenhower Library of Johns Hopkins University. This project is in partnership with the Bibliothèque nationale de France.

Humboldt Research Award winners are invited to spend up to one year cooperating on a long-term research project with specialist colleagues at a research institution in Germany. Nichols will be in residence at the Free University Berlin next year and will study medieval manuscript holdings there and throughout Germany. The research will be used to complete several books in process.

"Aside from the honor it confers, the Humboldt is an amazing award for its concern to integrate recipients in a research environment where one is welcomed by colleagues from the host university, provided with an office, assistants, and all the amenities needed for a productive stay," said Nichols. "The Dahlem Humanities Center at the Free University is an exciting crossroads of international scholarly exchange. I'm looking forward to being part of it."