Have you ever wanted to name a crater on Mercury? Here's your opportunity

The Messenger Education and Public Outreach Team is holding a competition to name five impact craters on Mercury. The contest, open to all Earth citizens except for members of the mission's EPO team, runs from Dec. 15 to Jan. 15, 2015. 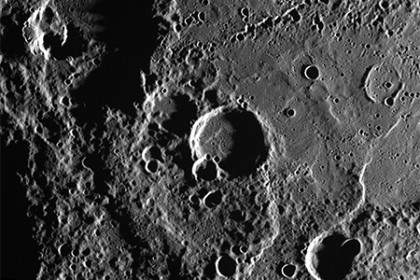 The spacecraft—scheduled to impact Mercury in the spring—has surpassed its originally planned primary orbital mission by three years. The Johns Hopkins University Applied Physics Laboratory built and operates the Messenger spacecraft and manages this Discovery-class mission for NASA. The education and public outreach team organized the competition to celebrate the mission's achievements, said Messenger EPO Project Manager Julie Edmonds, of the Carnegie Institution of Washington.

"This brave little craft, not much bigger than a Volkswagen Beetle, has traveled more than 8 billion miles since 2004—getting to the planet and then in orbit," Edmonds said. "We would like to draw international attention to the achievements of the mission and the guiding engineers and scientists on Earth who have made the Messenger mission so outstandingly successful."

The Messenger team set out to take 2,500 images of the planet, but the spacecraft has returned more than 250,000 images. "We now have a detailed, high-resolution map of the entire planet," Edmonds noted. "As scientists study the incredible data returned by Messenger, it becomes important to give names to surface features that are of special scientific interest. Having names for land forms such as mountains, craters, and cliffs makes it easier for scientists and others to communicate." For example, she said, it's easier to refer to a feature as "Mt. Everest," rather than "the 8,484-meter peak located at a latitude of 27 degrees, 59 minutes, 17 seconds N, and longitude of 86 degrees, 55 minutes, 31 seconds E."

According to the International Astronomical Union (IAU), the arbiter of planetary and satellite nomenclature since its inception in 1919, all new craters must be named after an artist, composer, or writer who was famous for more than 50 years and has been dead for more than three years. The current list of named Mercury craters is available online.

Edmonds said participants should first research the individual they are considering before filling out the contest entry. "Once online, registrants will be asked to submit a short description of the individual's contributions to the arts, music, or literature, as well as an authoritative source for background information," she said.

The name should not have any political, religious, or military significance. It is also essential that there be no other features in the Solar System with the same name, she said. For example, Ansel Adams is not eligible because there is a feature on the Moon with the name Adams (even though it was not named for Ansel). Participants can check their ideas against the list of named Solar System features and enter the name in the "Search by Feature Name" box in the upper-right corner.

All entries will be reviewed by Messenger team representatives and other experts. A short list of 15 names (three names per crater) will be submitted to the IAU, which will make the final selection.

Winning submissions will be announced by the IAU to coincide with the end of Messenger's mission operations in late March or April 2015.

Visit http://namecraters.carnegiescience.edu/ to enter the contest. 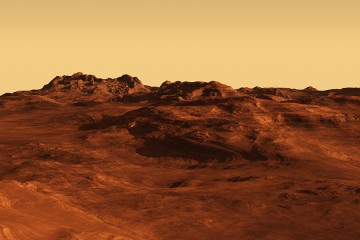