Johns Hopkins University President Ronald J. Daniels sent a message to students, faculty members and staff members at the university's Homewood campus today, commenting on sexual violence issues. This statement, a follow-up to previous messages on these issues, comes in the wake of the arrest by Baltimore police of two suspects in an alleged sexual assault at an early November off-campus fraternity party.

The following is the full text of Daniels' message:

Last month, we notified the Johns Hopkins community of an alleged sexual assault during a party at the Sigma Alpha Epsilon fraternity house.

Yesterday, Baltimore City Police announced the arrest of two suspects in the case. They have been charged with multiple offenses, including first- and second-degree rape and conspiracy. The alleged victim was a 16-year old girl. The official press release described the incident as "horrific."

Neither of the suspects is a student or employee at Johns Hopkins, nor is the young woman. Nevertheless, the alleged multiple rape of a minor at a fraternity party hosted by our students is deeply disturbing and continues to command our attention. This is particularly so given prior reported incidents of violence, complicated by alcohol abuse, at other parties at Johns Hopkins.

Previously, we have shared with you information about the broad efforts we are making to develop and implement policies and protocols to address the risks of sexual assault, violence and binge drinking. We also have begun our own investigation into the incident at SAE, under the Student Code of Conduct and Title IX.

We know these risks are not limited to fraternity parties and can be manifest in a number of different venues, and we are not restricting our work to the Greek community alone. We also know that meaningful and durable change requires the full and active engagement of our students in devising solutions to these challenges.

Simply put, it will take a concerted and sincere effort from all of us to keep our community safe.

This is a moment in which the jarring allegations of a brutal assault compel us to make our community better. In the best traditions of our university, I am confident that we will. 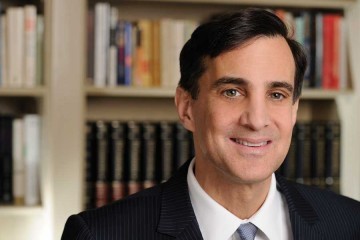 Published Aug 12, 2014
He updates JHU community on progress of ongoing initiatives, says university has been notified of complaint filed with Department of Education