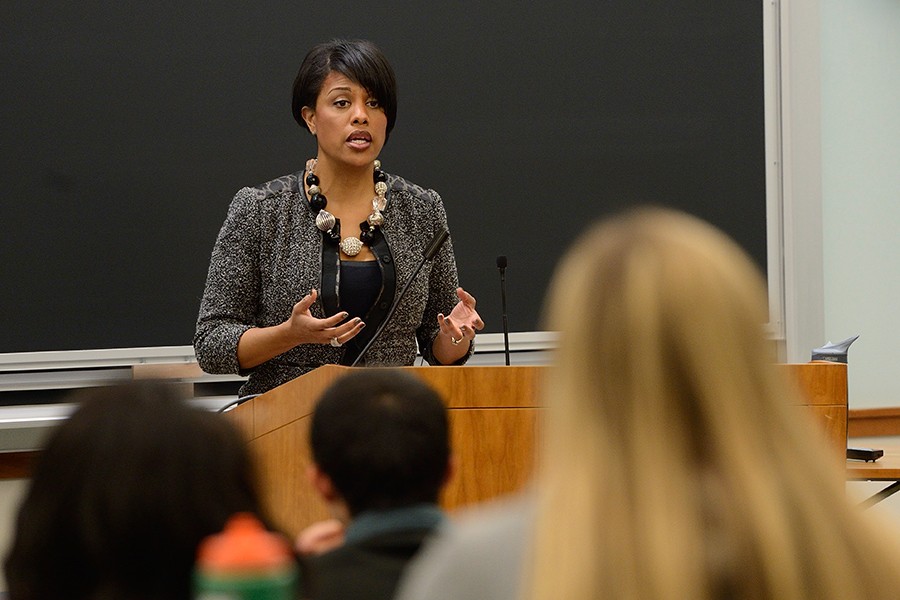 On the acclaimed HBO drama The Wire, Baltimore's fictional mayor, Tommy Carcetti, wrestles with the challenges of crime and urban decay. 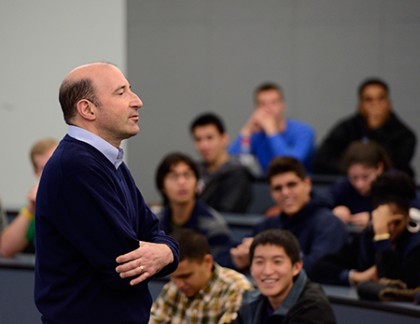 Image caption: Peter Beilenson, who served as Baltimore City health commissioner from 1992 through 2005, has been teaching Baltimore and 'The Wire' at Johns Hopkins for five years.

On Monday, Baltimore's current mayor, Stephanie Rawlings-Blake, spoke to students in a Johns Hopkins University class that uses the popular television series as a way to examine the critical issues facing Baltimore and other urban areas. Rawlings-Blake noted how far Baltimore has come since The Wire concluded its five-season run in 2008, including progress made on reducing crime and increasing the city's population.

A 2010 article published in the Gazette gives an overview of the course, including comments made by Beilenson on the first day of class during the fall 2010 semester:

"The world depicted in The Wire may seem like fiction to most of you, but in truth it is a frighteningly accurate portrait of life in some parts of Baltimore—the city in which you are sitting right now—and in many other cities throughout the United States. We're talking about poverty; the war on drugs and the illegal drug trade; city governments and their bureaucracies and how those work, or don't; politics; the police, the courts and criminal justice; homelessness; and education. This series tackles them all in a very thoughtful, interesting and realistic way."

Thx @plbeilenson for inviting me to spk to your #Baltimore &amp; The Wire class—passionate, sharp students! @JohnsHopkins pic.twitter.com/W566VlqJXN