A University of Pennsylvania psychologist, Angela Duckworth, touts grit—which she defines as "passion and perseverance for very long-term goals ... living life like it's a marathon, not a sprint"—as one of the key predictors of success in life. 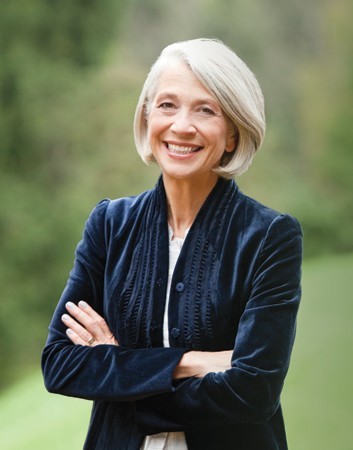 After years of teaching "I came to the conclusion that what we need in education is a much better understanding of students and learning from a motivational perspective, from a psychological perspective," Duckworth says in her April 2013 TED Talk on the topic, which has been viewed more than 5,200,000 times. "In education, the one thing we know how to measure best is IQ. But what if doing well in school and in life depends on much more than your ability to learn quickly and easily?"

In an op-ed published Sunday in The Baltimore Sun, Elaine Tuttle Hansen, executive director of The Johns Hopkins Center for Talented Youth, challenges the notion that hard work alone, not innate ability, leads to success. She writes:

In both private and public schools, teachers are being directed to educate students to struggle, take risks and persist against adversity. In some schools, children get a separate report card grading their ability to work hard, cope with frustration and learn from failure.

It's impossible to deny that persistence and hard work are important life lessons. We all know someone who had such potential but never learned to apply herself. But in the rush to add grit to the lesson plan, we risk leaping from anecdote to antidote, and making assumptions about the correlation, or not, between effort and intelligence.

Asking teachers of some of the brightest kids in the country what they know about grit and talent clearly tells us these characteristics are mutually reinforcing, not innately opposed. It's important to add that combating boredom, building community, and asking the right questions can benefit all students.