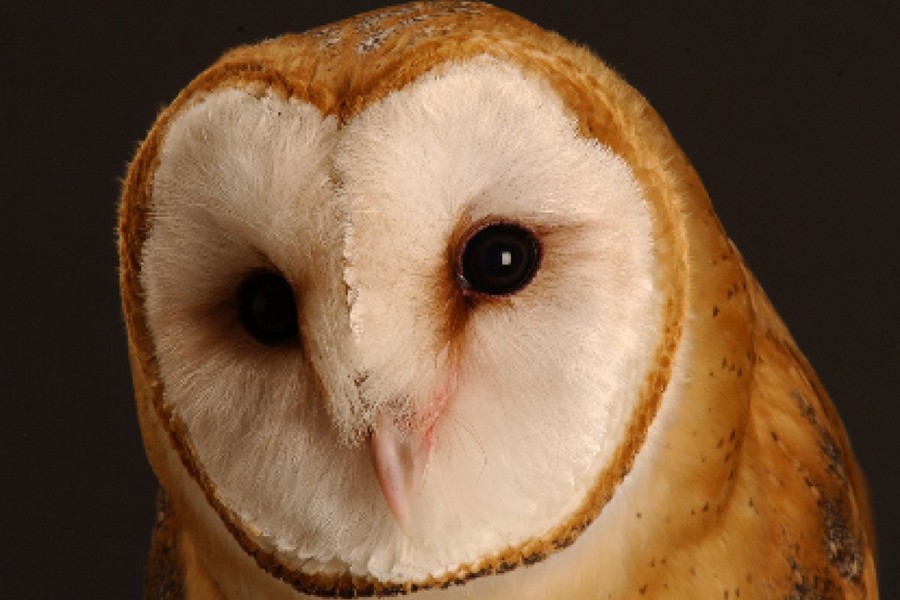 Imagine a quarterback on the gridiron getting ready to pass the ball to a receiver. Suddenly, in charges a growling linebacker aiming to take him down. At what point does the quarterback abandon the throw and trigger evasive maneuvers?

In research using barn owls, a Johns Hopkins University neuroscientist recently published a study about attention that reveals the rules and mechanisms for how the brain makes such decisions.

Shreesh Mysore, lead author of the paper published today in the journal Neuron, and an assistant professor in the university's Department of Psychological and Brain Sciences, said the scenarios represent two options: the "top-down" control of attention in which you choose what to focus on, and "bottom-up" control of attention in which physical stimuli in the world capture your attention by virtue of their properties. It is competition among options—focus on the wide receiver or dodge the linebacker—that determines in a sliver of a second which situation requires immediate attention.

Mysore completed his research, supported by funding from the National Institutes of Health, while he was a postdoctoral scholar at Stanford University. Eric Knudsen, a professor at the Stanford School of Medicine, is a senior author of the study. Mysore says the findings from this research provide insights into how the brain might choose what to focus on.

"The idea is that there is constant interplay and competition between these two kinds of influences," said Mysore. "At any given moment, your brain has to pick from a vast variety of information, both top-down and bottom-up, and the brain runs a competition and picks a winner. To anthropomorphize this process, the brain basically says, 'at this instant, I'm going to select this location in the world to direct my attention.'"

Learning more about how attention is controlled can help in the future treatment of such disorders as attention deficit disorder, autism, and schizophrenia.

As for barn owls, their acute hearing and laser-like gaze make them great test cases in research exploring spatial attention.

Using a visual projector and a pair of specialized earphones, the owls were presented with a series of computer-controlled images of dots and noise bursts. Electrodes just thicker than an average human hair were inserted into a portion of the owls' brain called the optic tectum.

The tectum is a key hub in the midbrain of all vertebrate animals and is important for the control of spatial attention. Cells in different layers of the tectum have different jobs, with the surface layers being more vision-dominated, and the deeper layers processing information from multiple senses and driving body movement. All layers contain a map-like representation of the outside world.

After determining that brain cells in the tectum fired when the images and sounds appeared, the researchers then used two stimuli to measure which was more likely to dominate in the brain's representation of the world.

"If you want to measure competition, you have to have things that are competing against each other," said Mysore. "So we used two stimuli, either two images or an image and a sound. Because objects with stronger physical properties tend to capture your attention behaviorally, we were looking for some signature of a 'switch' in the brain's activity when one stimulus became just stronger than the other."

This physical strength of a stimulus, called salience, was varied in their experiments by having visual dots loom at different speeds or by changing the loudness of sounds. An abrupt, switch-like change in the activity of tectal neurons is what they found when the owls were exposed to just these bottom-up or sensory stimuli, consistent with a previous study by Mysore.

"With these results as a basis, we went after the main goal of this study, which was to examine how top-down information influences competition and selection," he said.

In an interesting twist, the study's authors controlled where the owls intended to apply their focus. By delivering a tiny amount of current to a specific part of a region in the forebrain of owls called the gaze field, they essentially caused the animal to "want to" pay attention to a specific location in the world.

The authors found that this intention to pay attention to one particular stimulus had a powerful effect in that it nearly tripled the ability of the brain to determine which among all competing stimuli was the strongest. This ability could potentially make the animal that much better at correctly deciding which information is the most important at any instant.

In addition, using a computer model of the neurons in the tectum, they were able to provide an explanation for how top-down information may fine-tune the ability of the brain to make decisions about where to pay attention.

"One of my longstanding interests is to understand how specific circuits in the brain produce specific behaviors," he said. "My hope is that by understanding neural computations and circuits underlying behavior in normal animals, we will be able to contribute meaningfully to the understanding of what has gone awry in disease states. This, to me, is one of the best approaches to developing effective therapeutics for psychiatric disorders in humans." 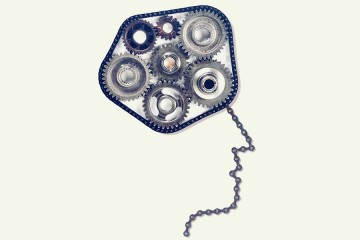