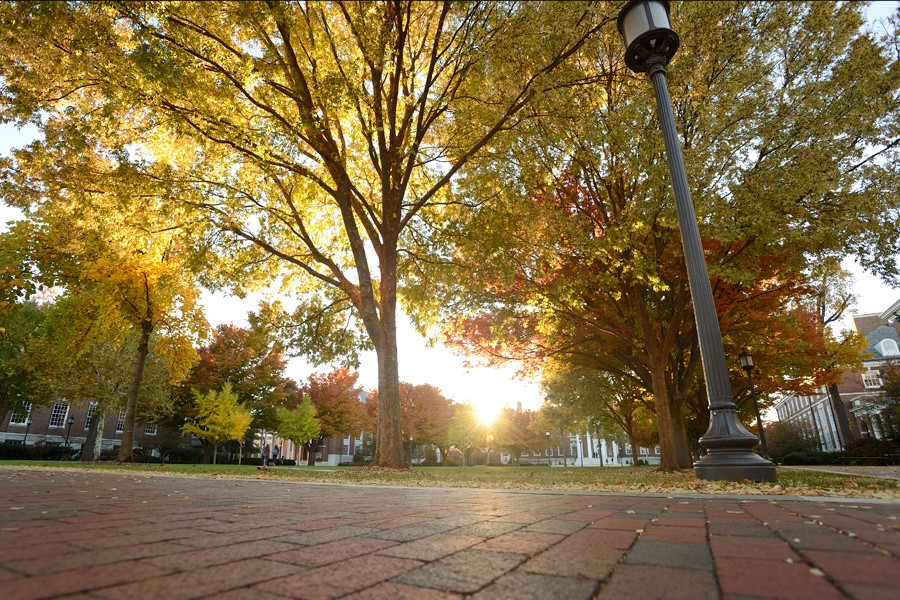 The Johns Hopkins University remains 12th in the newest U.S. News & World Report "best colleges" rankings, maintaining for a second year its highest placement in the past 15 editions of the widely read college guide.

Last September, the university was tied for 12th among national universities. In the list released Tuesday, Johns Hopkins stands alone in that spot.

"Fundamentally, the best universities comprise exceptional students, extraordinary scholars and teachers, and an environment that allows them to do their best work together," said Ronald J. Daniels, president of the university.

"At Johns Hopkins, we work every day to foster an ever more supportive and dynamic environment for our outstanding students and faculty," he said. "For the sake of those great teachers and learners, I am delighted that our university has been recognized again as being among the nation's very best."

In the magazine's "peer assessment" survey of university presidents, provosts, and deans, Johns Hopkins rose this year to a tie for seventh; that's up a notch from last year's tie for eighth. The university remained at last year's spot in a similar survey of high school guidance counselors, tied for seventh with seven other schools. Both survey lists are components of the "best colleges" ranking.

Overall, the newest version of the annual U.S. News list maintains an upward trend for Johns Hopkins. The university ranked 15th among national universities in the fall of 2008 and since then has been listed 14th, tied for 13th, 13th alone (twice), tied for 12th and now a solo 12th.

A focus on building the Johns Hopkins' undergraduate experience "so it stands among the top 10 in the nation" is one of the goals Daniels outlined in "Ten by 2020," a report laying out the university's vision for the rest of the decade. The document commits Johns Hopkins to raising undergraduate student aid resources sufficient for need-blind admissions, pioneering innovations in teaching, and building new collaborative and social space for students, among other enhancements.

Johns Hopkins now sits one place ahead of Northwestern University, a school with which it tied for 12th a year ago and which it trailed a year earlier.

The university remains on U.S. News' separate annual lists of schools noted for socio-economic diversity and for value, or "great schools at great prices." The university made those lists with 43 percent of students on need-based financial aid, 13 percent receiving federal Pell grants, and an average discount from "sticker price" of 56 percent. The total 2014-2015 undergraduate aid budget for the Krieger School of Arts and Sciences and the Whiting School is $80 million, largest in the university's history and a 60 percent boost since 2008-2009.

Johns Hopkins also remains on the U.S. News list of schools known for undergraduate research and creative projects, offering opportunities for undergraduates to do original work that elsewhere might be reserved for graduate students.

"Johns Hopkins celebrates and encourages bold intellectual exploration and discovery—whether you are a Nobel laureate or a first-year student," Daniels said.

Students find research opportunities or funding through the university-wide Provost's Undergraduate Research Awards, the Krieger School of Arts and Sciences' Woodrow Wilson Fellows and Dean's Undergraduate Research Awards programs, the Whiting School of Engineering's collaborative design courses, other programs and funding, and apprenticeships in labs throughout the university.