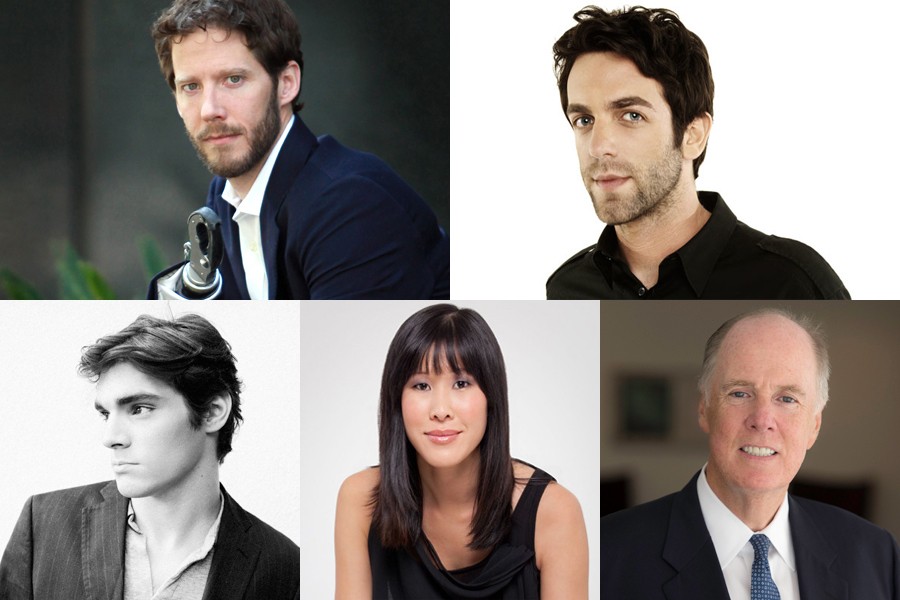 An adventurer, the on-screen son of a meth dealer, and a former North Korean detainee are among the speakers who will visit Johns Hopkins University this fall as part of the annual Milton S. Eisenhower Symposium.

The undergraduate-run speaker series kicks off Wednesday, Sept. 17, at 7 p.m., with a talk by outdoorsman Aron Ralston. His best-selling book, 127 Hours: Between a Rock and a Hard Place, tells of the perilous 2003 canyoneering accident in Utah that forced him to amputate his right forearm. The book became the basis of the 2010 film 127 Hours, starring James Franco.

Next up on Thursday, Sept. 25, at 7 p.m., is actor RJ Mitte, who is best known for playing Walter Jr. (or Flynn, if you prefer), the son of chemistry teacher-turned-meth kingpin Walter White on AMC's critically acclaimed series Breaking Bad. Mitte is an American actor and spokesman for cerebral palsy research. He won a Screen Actors Guild Award for his work on Breaking Bad in 2013.

Established in 1967, the Milton S. Eisenhower Symposium is a widely acclaimed lecture series sponsored by the university. The symposium is run entirely by undergraduate students at the Johns Hopkins Homewood campus.

All events take place in Shriver Hall Auditorium and are free and open to the public. Seating is first come, first served, with the exception of reserved seating. Reserved seats can also be purchased for any single event for $25.