He joined Johns Hopkins in 1999 as associate general counsel

Wesley D. Blakeslee, who has served as executive director of the Johns Hopkins University Technology Transfer Office since 2006, will retire at the end of this month. Blakeslee's retirement was announced in an email to the School of Medicine faculty by Christy Wyskiel, senior adviser to the president for enterprise development; and Landon S. King, executive vice dean for Johns Hopkins Medicine. 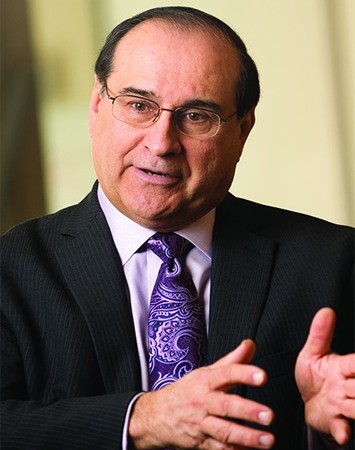 "Under Wes' leadership, the Technology Transfer Office has grown to include more than 50 professionals working with Johns Hopkins researchers and inventors to license, patent, and commercialize the intellectual property of our faculty," they wrote. "During his tenure, the office reached record levels of invention disclosures, licensing agreements, revenue, and start-ups; and service to faculty members improved significantly. ... We are grateful to Wes for his leadership of the Technology Transfer Office and 15 years of dedicated service to Johns Hopkins University."

Blakeslee joined Johns Hopkins in 1999 as associate general counsel responsible for legal issues involved with intellectual property, technology licensing, sponsored research agreements, and export and import controls. He was asked to lead Tech Transfer in 2006. Before coming to Hopkins, he had spent 15 years the chief executive officer of Blakeslee, Wallace and Associates, focusing his legal practice on technology development, acquisitions, and licensing. Prior to beginning his law career, Blakeslee was an engineering manager at NASA, where he managed a software design, development, and implementation group.

Blakeslee earned a degree in engineering from Penn State in 1969 and a law degree from University of Maryland School of Law in Baltimore in 1976.

Those who wish to receive an invitation to a retirement party to celebrate Blakeslee's contributions to the university and Johns Hopkins Medicine are asked to send their contact information to JHTT-Communications@jhu.edu. 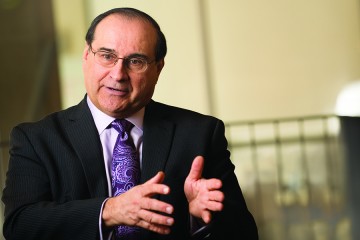