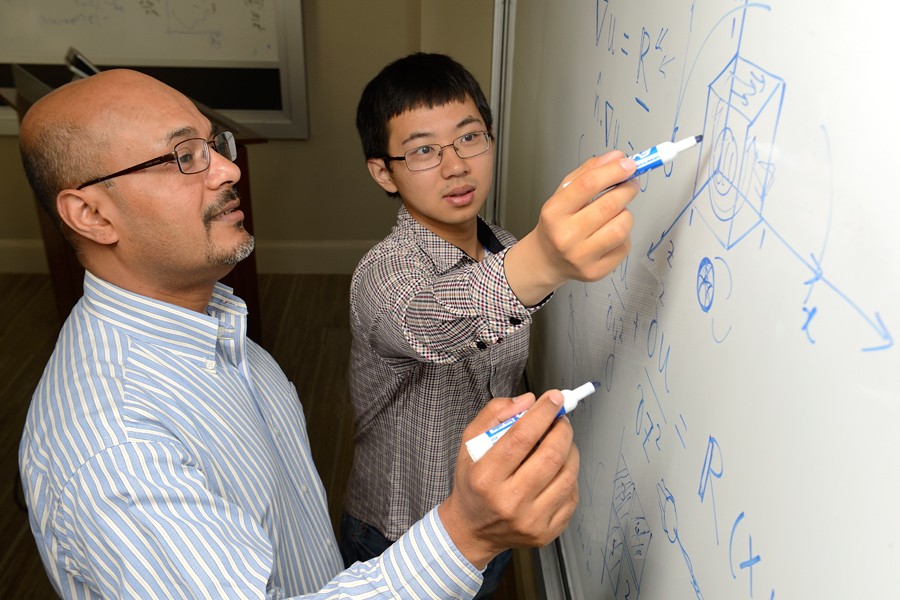 A relic from long before the age of supercomputers, a 169-year-old math strategy called the Jacobi iterative method is widely dismissed today as too slow to be useful. But thanks to a curious, numbers-savvy Johns Hopkins engineering student and his professor, it may soon get a new lease on life.

With just a few modern-day tweaks, the researchers say they've made the rarely used Jacobi method work up to 200 times faster. The result, they say, could speed up the performance of computer simulations used in aerospace design, shipbuilding, weather and climate modeling, biomechanics, and other engineering tasks.

Their paper describing this updated math tool was published recently in the online edition of the Journal of Computational Physics.

"For people who want to use the Jacobi method in computational mechanics, a problem that used to take 200 days to solve may now take only one day," said Rajat Mittal, a mechanical engineering professor in the university's Whiting School of Engineering and senior author of the journal article. "Our paper provides the recipe for how to speed up this method significantly by just changing four or five lines in the computer code."

This dramatic makeover emerged quietly in the fall of 2012, after Mittal told students in his Numerical Methods class about the Jacobi method. Mittal cited Jacobi's strategy as a mathematically elegant but practically useless method, and then moved on to faster methods and more modern topics. Xiang Yang, then a first-year grad student in the class, was listening intently.

Mittal had told his students that Carl Gustav Jacob Jacobi, a prominent German mathematician, unveiled this method in 1845 as a way to solve systems of linear equations by starting with a guess and then repeating a series of math operations over and over until a useful solution appeared.

By the early 20th century, the method was being used by "human computers," groups of men and women who were each assigned to perform small pieces of larger math problems. A noted mathematician during that era managed to make the method proceed five times faster, but that was still considered rather slow. With the advent of speedier strategies and electronic computers, the Jacobi method fell out of favor.

"It just took so much time and so many computations to get to the answer you wanted," Yang said. "And there were better methods. That's why this Jacobi method isn't being used much today."

But after learning about the method in Mittal's class, Yang began tinkering with it. He returned to Mittal and proposed a way to make the process of repeating numerical estimates move more efficiently, speeding up the arrival of a solution. "Instead of saying that this method has been around for 169 years, and that everyone has already tried to improve it without much success, Professor Mittal told me that he felt my idea was very promising," Yang said, "and he encouraged me to work on it."

Yang spent a couple of weeks honing the updated math strategy, which he and his professor called a "scheduled relaxation Jacobi method." Then the grad student and Mittal began working together on a paper about the work that could be submitted to a peer-reviewed journal, with Yang as lead author.

Now that it has been published and is being shared freely, Mittal expects the modified method to be embraced in many industry applications, particularly those involving fluid mechanics. For example, when an aerospace engineer wants to test several different wing designs in a computer simulation program, the revised Jacobi method could speed up the process.

"I expect this to be adopted very quickly," Mittal said. "Everyone is competing for access to powerful computer systems, and the new Jacobi method will save time. In fact, the beauty of this method is that it is particularly well suited for the large-scale parallel computers that are being used in most modern simulations."

Oddly enough, the Jacobi update is not directly related to the doctoral project that grad student Yang is supposed to be focusing on: how barnacles on the sides of a ship affect its movement through water. But Yang said his doctoral adviser, Charles Meneveau, another mechanical engineering professor, encouraged him to devote some time to the Jacobi paper as well.

Yang, 24, grew up in China and earned his undergraduate engineering degree at Peking University. The school's dean of engineering, Shiyi Chen, a former Johns Hopkins faculty member, encouraged Yang to continue his studies at the Baltimore campus. The grad student said he's appreciated the faculty support at Johns Hopkins.

"Professor Mittal taught me to look at a lot of possibilities with an open mind," he said. "Then it's been relatively easy to handle my schoolwork. He's the one who inspired me." 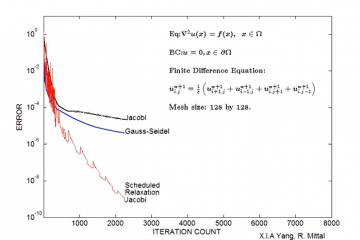