Wilson Fewster, who coached the Johns Hopkins lacrosse, football, wrestling, and soccer teams and was a four-year standout on the men's lacrosse team died Wednesday. 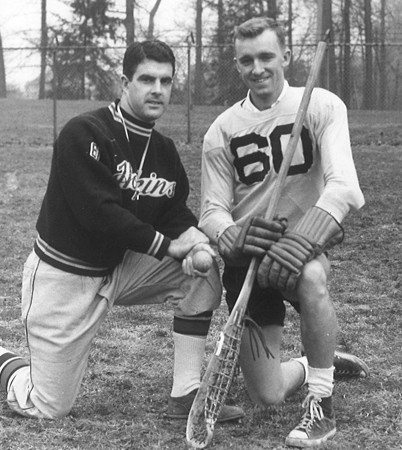 Fewster coached the Blue Jays men's lacrosse teams in 1952 and 1953 and served as the head football coach for nine seasons from 1957-65. He led the football team to a pair of MAC South titles (1959, 1960) and one Mason Dixon Championship (1959) and was an assistant coach for Bob Scott when Johns Hopkins won the 1957 and 1959 USILA national lacrosse championships.

"Wilson was one of the great teachers in both football and lacrosse," Scott said. "He was exceptionally thorough in preparing our players and had a great eye for scouting the opposition in both sports. Sadly, Johns Hopkins has lost another of its all-time greats with his passing."

Fewster was a member of the famed Class of 1950 lacrosse team, which won four consecutive USILA national championships and never lost a game to a collegiate opponent. He earned All-America honors three times during his career, was named to the All-Time Johns Hopkins Team and was inducted into the National Lacrosse Hall of Fame in 1980. He was inducted into the Johns Hopkins Athletic Hall of Fame in 1998.