Many with dizziness, headaches sent home with missed diagnoses

The early signs of a potentially debilitating stroke—specifically dizziness and headache—are often overlooked in female, minority, and young patients, according to a team of researchers led by a Johns Hopkins specialist. 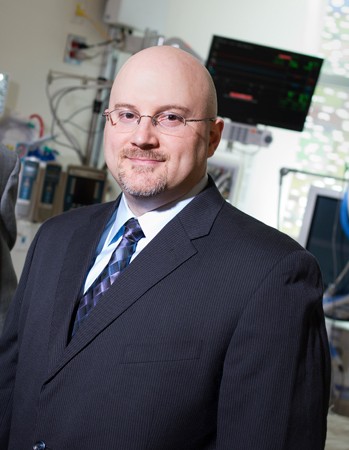 The researchers analyzed federal health care data and found that women, minorities, and people under the age of 45 who have these symptoms were significantly more likely to be misdiagnosed in the week prior to sustaining a debilitating stroke. Younger people in the study were nearly seven times more likely to be given an incorrect diagnosis and sent home without treatment despite such symptoms.

Their findings were published online last week in the journal Diagnosis.

"It's clear that ER physicians need to be more discerning and vigilant in ruling out stroke, even in younger people," says study leader David E. Newman-Toker, an associate professor of neurology at the Johns Hopkins University School of Medicine. "Although stroke is less common in this demographic, we need to be more attuned to the possibility, particularly when the presenting complaint is dizziness or headache."

Newman-Toker says he believes his research is the first large-scale study to quantify stroke misdiagnosis. His team linked inpatient discharge records and emergency department visit records from 187,188 patients and 1,016 hospitals. They found that up to 12.7 percent of people later admitted for stroke had been potentially misdiagnosed and erroneously sent home from an emergency room in the 30 days preceding stroke hospitalization. Those misdiagnosed disproportionately presented with dizziness or headaches and were told they had a benign condition, such as inner ear infection or migraine, or were given no diagnosis at all. About half of the unexpected returns for stroke occurred within seven days, and more than half of these occurred in the first 48 hours.

Nationwide, the estimated number of missed strokes resulting in harm to patients, based on the new data, could be anywhere between 15,000 and 165,000 annually, though Newman-Toker believes the number is likely between 50,000 and 100,000 a year. He notes that more specific numbers are difficult to estimate because of shortcomings in the health data routinely reported by the states.

"Most of these misdiagnosed patients, especially the younger ones, are probably people for whom stroke wasn't really given much consideration or diagnostic assessment," he says. "And this can have dire consequences."