Susan Wojcicki, CEO of YouTube, will address graduates of Johns Hopkins University at commencement on May 22, 2014. 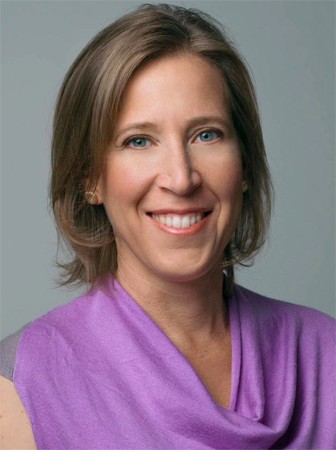 "Susan Wojcicki has helped to revolutionize how we gather, interpret, and share information," said university president Ronald J. Daniels. "I cannot imagine a better speaker for a class of graduates who were not only raised in an entirely digital age—and who may have learned to Google at the same time they learned to read—but who are imbued with the type of restless, entrepreneurial energy that has always marked our speaker's career."

Wojcicki had served as senior vice president of advertising and commerce at Google, a company founded in her family's Menlo Park, Calif., garage. She led teams that helped define the vision and direction of Google's monetization platforms, helping the company become a $43.7 billion business responsible for more than 40 percent of total digital ad revenue in the United States.

At Google, she oversaw the design and engineering of AdWords, AdSense, DoubleClick, and Google Analytics.

She joined Google in 1999 as the company's first marketing manager and led the initial development of several key consumer products, including Google Images and Google Books. Before Google, Wojcicki worked at Intel, Bain & Company, and a number of start-ups.

"Hopkins' graduates are heading into an age of unprecedented innovation and I'm thrilled to address them at such a crucial point in their lives," Wojcicki said. "With one of the best Harlem Shake videos around, it's clear they have the creativity, passion, and entrepreneurial spirit to lead in a rapidly changing world."

The Johns Hopkins universitywide commencement ceremony will be held May 22 at Homewood Field. For more information, visit http://web.jhu.edu/commencement, or get updates from the commencement Facebook page or on Twitter at @JHUCommencement 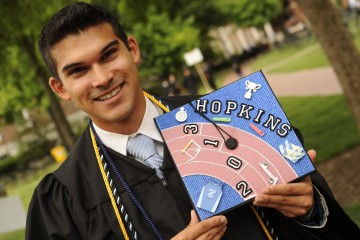 Published May 23, 2013 Video Photos
Complete coverage, with videos, Tweets, and photos—lots of photos.