Junior Ana Bogdanovski won her second individual title in two days, leading from start to finish in the 200-meter freestyle to finish in a school-record time of 1:47.74, 1.5 seconds faster than the second-place finisher.

Bogdanovski, who won the 50 freestyle on Wednesday night, also contributed to JHU victories in the 200 freestyle relay and the 400 medley relay on Thursday. In the 200 free, she teamed with seniors Sarah Rinsma, Taylor Kitayama, and Kylie Ternes, The Blue Jays were in fourth place after two legs, 0.27 seconds behind race leader Denison, but Bogdonavski's 22.63 split on the third leg put Johns Hopkins in front by 0.30 seconds, and Ternes closed out the win.

The Blue Jays also came from behind in the 400 medley, rallying from third place as Bogdanovski's made up a deficit of nearly two seconds on the freestyle anchor leg. She teamed with Kitayama, Ternes, and junior Maggie Storm for the victory.

Johns Hopkins is in second place overall with 232 points, 41 points behind four-time defending champion Emory. Prior to this year, JHU's women's swimming program had three NCAA titles in its history—two individual wins and one relay win. The Blue Jays have five wins in the first two days of this year's NCAA meet, which continues today at the Indiana University Natatorium. 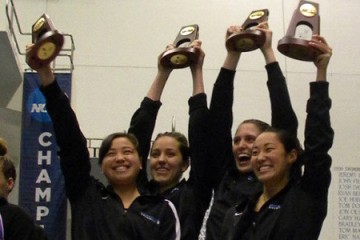 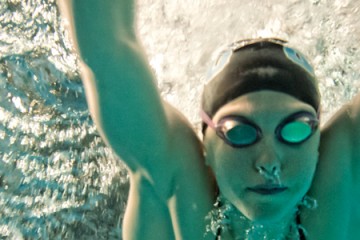 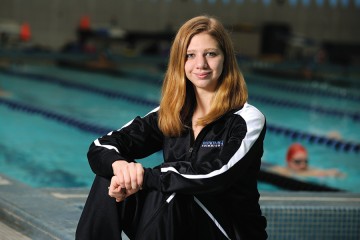