Men's lacrosse: No. 3 Johns Hopkins pulls away from UMBC to stay perfect

The Johns Hopkins men's lacrosse team broke open a close game late, scoring six unanswered goals to pull away for a 15-8 win at UMBC on Saturday.

Brandon Benn and Wells Stanwick each scored twice in the final quarter for the No. 3 Blue Jays (5-0), who led 7-2 after the first quarter but were outscored 6-2 in the second and third periods. JHU improved to 12-0 all-time against the Retrievers (2-2).

Eric Schneider had eight saves for the Blue Jays.

Johns Hopkins hosts No. 11 Syracuse (3-2) on Saturday at noon. JHU faculty and staff can receive free admission and bring up to two guests free of charge. 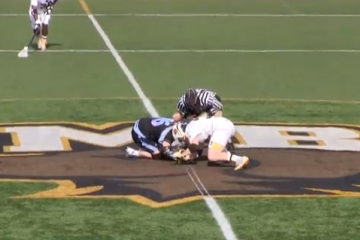