An oldie but a goodie: Johns Hopkins celebrates its 138th birthday 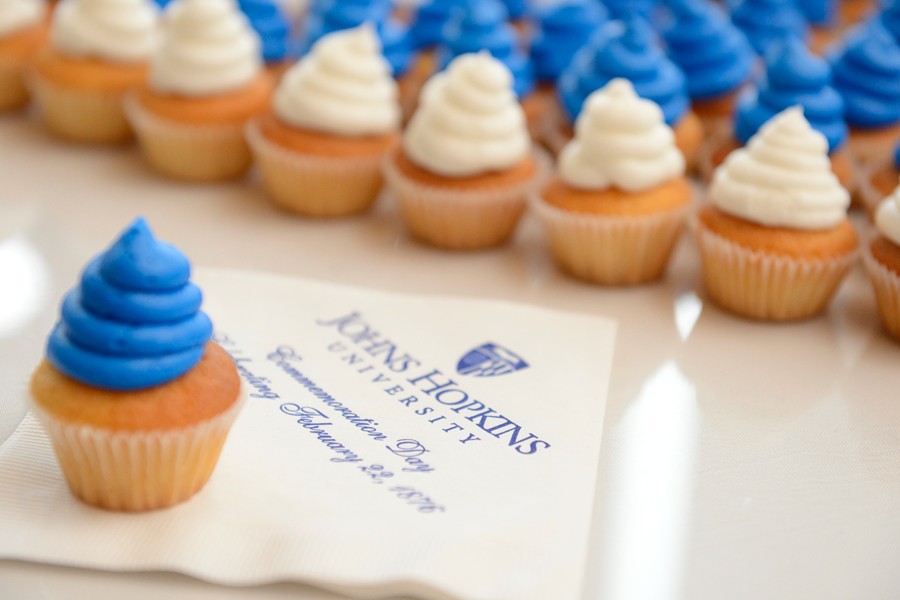 Turning 138 is kind of a big deal, so Johns Hopkins threw itself a little party today. With mini cupcakes, of course, because who doesn't love mini cupcakes?

Today is Commemoration Day, which marks the anniversary of Daniel Coit Gilman's inauguration as the university's first president in 1876 (technically, the anniversary is tomorrow, but we couldn't wait to celebrate).

On that day in 1876, Reverdy Johnston Jr., chairman of the executive committee of the new university's Board of Trustees, introduced Gilman, saying "We may say that the university's birth takes place today, and I do not think it mere sentiment should we dwell with interest upon its concurrence with the centennial year of our national birth, and the birthday of him who led the nation from the throes of battle to maturity and peace." (Hint: He's referring to George Washington, who was born on this date in 1732).

Gilman then stepped to the podium to deliver his inaugural address, which was to set the tone for American higher education for the century to come. You can read Gilman's complete inaugural address online at jhu.edu.