The idea started with a few online videos. 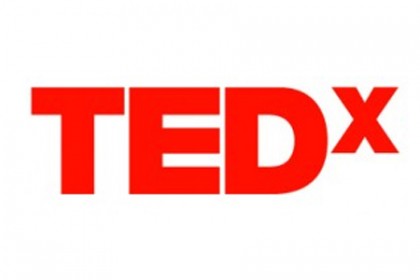 You're likely familiar with the popular TED talks. Maybe you've seen the one about the science of motivation, or about nurturing your creative genius. Or the one about a brain researcher who studied her own stroke as it happened and became a powerful voice for brain recovery.

Ardian Latifi's favorite talks are by Hans Rosling, a Swedish professor of global health. They were the first ones he watched, and after that, he was hooked.

"Rosling's talks usually deal with discrediting common myths about the developing world by connecting pieces of data that few have thought to connect before," says Latifi, a junior chemistry major at Hopkins. "His talks are always very thought-provoking, engaging, and sometimes even funny, which in my opinion are all good qualities of a great TED talk."

Latifi and his friends noted that universities across the country were hosting TEDx events and posting videos, but Johns Hopkins was conspicuously absent. They decided to change that.

The result is the first TEDx Johns Hopkins University, which will be held Saturday beginning at noon in Hackerman Hall on the university's Homewood campus.

"TED's slogan is 'Ideas Worth Spreading,' and I could not think of a better place to make this happen," Latifi says. "This university was the first modern research university in the nation; we've been developing and spreading new ideas as a research institution since long before there even was a TED. I believe that with the TEDx platform, the very ideas and innovations formulated here can be easily shared with the world."

TEDx Johns Hopkins is nearly a year in the making. Latifi started discussing the idea in March of last year with his co-organizers—junior Brian Tung, senior Daniel Willen, and junior Yvana Ahdab. Planning ramped up over the summer, and along the way the group enlisted the help of fellow students, the Office of Student Activities, and tech entrepreneur Sarge Salman, co-organizer of TEDxBaltimore.

In true TED form, the speakers come from a variety of backgrounds and will cover a diversity of topics. The eight scheduled presenters include a theoretical physicist who studies the Higgs mechanism and dark matter; a geologist whose theory regarding subterranean magma is widely accepted as an explanation for the creation of the Earth's crust; an Internet entrepreneur who co-founded Vonage; and a jazz pianist and composer who works as music director at a Baltimore church.

"We really wanted to have something that appealed to everyone, and we wanted every talk to be engaging," Latifi says. "We reached out to professors and other well-known individuals to give talks, and we were happy to see the great enthusiasm they showed us. We also had a speaker nomination form available on our website where people could suggest potential speakers. ... In the end, I think that we developed a well-rounded roster."

Tickets for TEDx Johns Hopkins sold out in about a day, Latifi says, but the event will be broadcast live online on the Johns Hopkins Ustream channel.

Editor's note: The Hub is a sponsor of TEDx Johns Hopkins