It's not rare for hospitals to bring in noted experts to give talks in their respective fields. 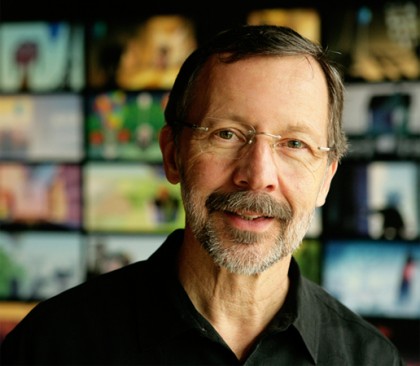 But what might surprise you about the speakers in an ongoing conversation series at Johns Hopkins Hospital is this: Not one of them works in medicine.

The CEO of College Humor. The president of Disney Studios. A distinguished Baltimore restaurateur. All are among the featured speakers for the Patient Experience Advisory Team Conversation Series, sponsored by the Department of Radiology.

Elliot Fishman, a professor of radiology and oncology, planned the series of seven lectures in an attempt to get members of the Hopkins community thinking differently about patient care and patient engagement. Why would Fishman, who's responsible for his department's patient care, book pop culture buzznames to lecture his staff about engaging their patients?

"These people are experts on people," he says. Noting recent trends in social media and healthcare, Fishman notes "engagement with patients is changing. And this is an opportunity for us."

Fishman says the best healthcare workers are those who recognize these changes and respond to them accordingly, and he believes the healthcare community has much to learn from other industries: "The goal is to bring in these people, listen to how they do things in their world, and bring that into our world."

Each lecture begins at 5 p.m. and will be about 40 minutes long, followed by a 20 minute Q&A. The lectures—which are held in the hospital's Chevy Chase Bank Auditorium in the Sheikh Zayed Tower (2119A)—are free and open to the Johns Hopkins community.

The remaining six lectures are: