She has chaired university's Diversity Leadership Council since 2001

Gwendolyn Boyd, an engineer who spent 33 years at the Johns Hopkins Applied Physics Laboratory, officially became president of her alma mater, Alabama State University in Montgomery, Ala., earlier this month. 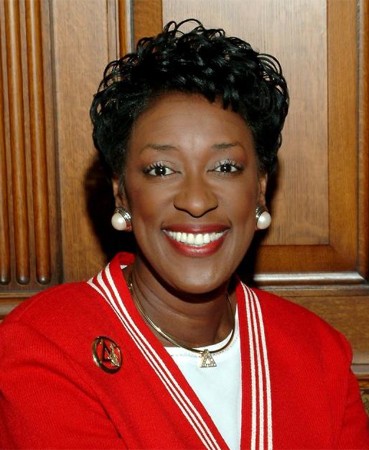 Boyd, who most recently served as executive assistant to the chief of staff at APL, was also chair of Johns Hopkins' university-wide Diversity Leadership Council, a post she has held since 2001.

"As someone who always had the best interests of Johns Hopkins at heart, she was a strong advocate for all of our diversity efforts and an emphatic proponent for our ability to do more to support and nurture our students, faculty, and staff," Johns Hopkins President Ronald J. Daniels wrote in a message to the university community today. "I could not have asked for a more thoughtful or distinguished partner in this critical area."

In 1979, Boyd became the first black woman to graduate with a degree in mechanical engineering from Yale. She also holds a bachelor's degree in math from Alabama State and a master's degree and a Ph.D. in divinity from Howard University in Washington, D.C.

A nationally recognized champion of education, Boyd has spearheaded efforts in the U.S. and abroad to help broaden the scope of educational offerings, especially in the STEM disciplines. Because of her efforts, Boyd was nominated by President Barack Obama and received U.S. Senate confirmation to serve as a trustee to the Barry M. Goldwater Scholarship and Excellence in Education Foundation in 2009.

Boyd also has served as the national president of Delta Sigma Theta sorority, where she was known as the "Technology President" for her innovative integration of technology into the organization's activities. She is a minister and an ordained itinerant elder in the AME Church.

At Alabama State, Daniels wrote, Boyd will continue a "trailblazing career that has inspired all of us who have crossed her path.

"I join colleagues across the university in offering my most sincere congratulations and best wishes," he added. "Alabama State University has clearly chosen well."

Daniels said that Caroline Laguerre-Brown, the university's vice provost for institutional equity, will serve as interim chair of the Diversity Leadership Council for the rest of this academic year. He plans to name a successor this summer, and until then will solicit nominations from the council and the JHU community. Nominations can be sent to president@jhu.edu.