Testosterone in songbirds may increase desire to sing, but not song quality

Here's a hopeful note for the less talkative among us—science shows that when it comes to courtship, being loud and loquacious isn't necessarily best. There's something to be said for having something worthwhile to say, too. Or, at the very least, to sounding good while saying it. 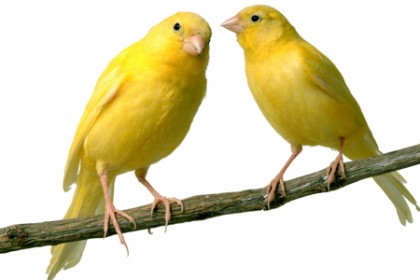 Researchers at Johns Hopkins University have found that introducing testosterone in a specific area of a male canary's brain can affect its ability to successfully attract and mate with a female through birdsong. The results were recently published in the journal Proceedings of the National Academy of Sciences by Johns Hopkins graduate student Beau Alward and Professor Gregory F. Ball of the Department of Psychological and Brain Sciences.

Researchers found that while the testosterone caused the frequency of birdsongs to increase in the group that received the targeted injection, song quality suffered. The birds sang more, but less well.

The bird that received testosterone in multiple parts of their brains sang more frequently as well, but they also displayed higher quality songs typical of canaries. The researchers said this is consistent with the idea that testosterone acts on several different parts of the brain at once—not solely on the part most closely linked to sexual motivation—to affect mating behaviors. These birds were also somewhat more likely to find a mate than their prolific but pitchy counterparts.

"It appears that, like in so many other species, testosterone in the POM can regulate an animal's motivation, in this case, the motivation to sing," Alward said. "However, singing and courting a female is more than just motivation. There is the quality of the song that is required to successfully attract a mate and then the process of attending to the female, or singing to her, when she is there which requires the coordination of multiple brain regions."

The canary brain is considered a good model for human brain study because its hormones, Ball said, "are identical to those in humans and … can regulate brain changes in a similar manner." Therefore, these findings could shed light on how testosterone acts in the human brain to regulate speech, or to help explain how anabolic steroids affect human behaviors.