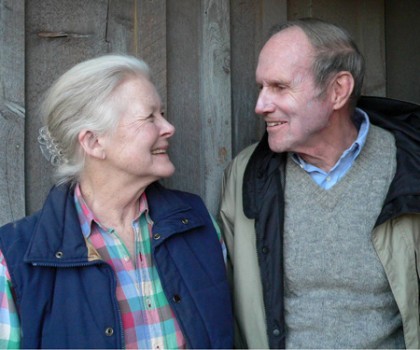 Baker was a graduate of Baltimore Polytechnic Institute and earned a BS in biology at Johns Hopkins University, an MD at the University of Maryland, and an MPH from Johns Hopkins. He pursued advanced medical training at St. Bartholomew's Hospital in London and University Hospital in Baltimore before completing a residency at the New York State Department of Health.

Baker began his globe-trotting public health career as a district health officer in New York State, then went on to fight malaria in India and Ceylon. As assistant chief of the Health Division for the U.S. Technical Cooperation Mission (later USAID) during the 1950s, he played a key role in convincing Indian government officials to increase spending on the malaria eradication campaign. Writing in Science in 2008, Baker noted, "The drop from a million to a thousand deaths [from 1950 to 2000] underscores the value of the malaria program."

In 1959, Baker was appointed assistant dean of the School of Public Health and associate professor of public health administration. With Dean Ernest L. Stebbins, his signal accomplishments during the 1960s included co-founding the world's first academic department of international health and founding the general preventive medicine residency program. Baker was instrumental in building the Department of International Health with chair Carl E. Taylor and Professor William Reinke. As Reinke remembered, "Carl Taylor was always the visionary. Tim Baker was the Murphy's Law advocate."

Baker was a highly sought-after health systems consultant to four state governments and 24 national governments on five continents. He was a pioneer in conducting the first health workforce studies across South America as well as in Korea, Taiwan, Thailand, and Vietnam. From 1986 to 1993, Baker was founding director of the JHSPH Hubert H. Humphrey Fellowship Program, which trained senior foreign health professionals.

Baker urged his wife, Susan P. Baker, to get an MPH, and she not only did so but joined the JHSPH faculty in Health Policy and Management. The Bakers were a dynamic team who together devoted a century of service to the School of Public Health. Tim said in a 2008 interview, "Ours is an unusual marriage in public health," and Sue added, "It's neat to be married to someone you can brainstorm with over a problem, where we both know the people involved, the problems involved, and have some ideas for potential solutions. It means we get a lot of work done driving to work together."

Baker's significant impact on public health was recognized in 1993 with the lifetime achievement award from the American Public Health Association, for which he served on the Governing Council and chaired both the Epidemiology Section and the International Health Section. Baker served on the editorial boards of American Journal of Public Health, Health Services Research, Journal of Family and Community Medicine, and Maryland Medical Journal.

"My thoughts and prayers are with Sue, the rest of Tim's family, his friends, and the many students and colleagues he mentored over the years," School of Public Health Dean Michael J. Klag said. "Our school will be an emptier place without Tim. I will miss seeing him come down the hallway with that twinkle in his eye, knowing that some quip was about to be unleashed."