Multivitamins are, at best, a waste of money, Johns Hopkins doctors say

Did you take your vitamins this morning? 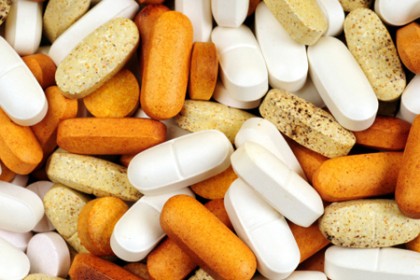 No? Eh—we wouldn't worry about it. Here's why.

The latest issue of Annals of Internal Medicine contains three articles addressing "the role of vitamin and mineral supplements for preventing the occurrence or progression of chronic diseases." An editorial in the same Dec. 17 issue offers the following recommendation, based upon the most current research: "Most supplements do not prevent chronic disease or death, their use is not justified, and they should be avoided."

According to The Wall Street Journal, the editorial is "the latest in a series of reports—including a review last month of 26 vitamin studies—indicating that supplements have little health benefits in generally well-nourished, Western populations." What's more, notes the editorial, not only are vitamins not that beneficial for most of us; some supplements, such as "beta-carotene, vitamin E, and possibly high doses of vitamin A, [might increase] the risk of death" in certain instances.

As you can imagine, the $23.4 billion vitamin industry isn't really tweeting their praise of the editorial.

Vitamin-industry groups criticized the editorial, and pointed to a study last year of 15,000 men, which indicated that daily use of a multivitamin modestly reduced the risk of cancer. Some experts consider the results an outlier.

"It's no secret that many consumers in this country don't get the recommended nutrients from their diet alone, and multivitamin and mineral supplements are an affordable alternative," said John Shaw, executive director of the Natural Products Association, a trade group.

"Clinical trials have been equivocal and sometimes contradictory. For example, supplemental vitamin D, which might prevent falls in older persons, reduced the risk for falls in a few trials, had no effect in most trials, and increased falls in 1 trial. Although future studies are needed to clarify the appropriate use of vitamin D supplementation, current widespread use is not based on solid evidence that benefits outweigh harms."

So if regular supplement intake is ineffectual at best, and harmful at worst, why don't most of us know it?

In December 1972, concerned that people were consuming larger and larger quantities of vitamins, the F.D.A. announced a plan to regulate vitamin supplements containing more than 150 percent of the recommended daily allowance. Vitamin makers would now have to prove that these "megavitamins" were safe before selling them. Not surprisingly, the vitamin industry saw this as a threat, and set out to destroy the bill. In the end, it did far more than that.

Industry executives … introduce[d] a bill preventing the F.D.A. from regulating megavitamins. On Aug. 14, 1974, the hearing began. …

A little more than a month later, [the] bill passed by a vote of 81 to 10. In 1976, it became law. Decades later, Peter Barton Hutt, chief counsel to the F.D.A., wrote that "it was the most humiliating defeat" in the agency's history.

As a result, consumers don't know that taking megavitamins could increase their risk of cancer and heart disease and shorten their lives; they don't know that they have been suffering too much of a good thing for too long.

While Guallar and colleagues don't rule out the possibility that some supplements might have "small benefits" for certain populations, they note that "clinical trials are not well-suited to identify very small effects." Therefore, future attempts to study these effects "are likely to be futile."

… we believe that the case is closed—supplementing the diet of well-nourished adults with (most) mineral or vitamin supplements has no clear benefit and might even be harmful."

So the next time your mother texts you to remind you that you'll die if you keep forgetting to take your vitamins, politely inform her that, actually, mom, you might die if you keep remembering to take them. Especially if your daily vitamins include high does of beta-carotene, vitamin E, and vitamin A.