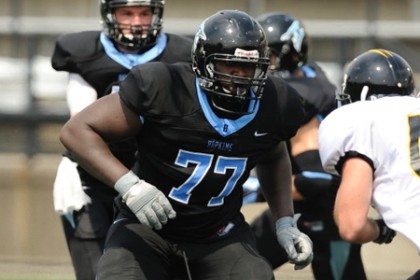 Jenifer is one of two players nationwide to earn a repeat selection to the team and becomes the first player in school history to twice earn AFCA All-America honors. Unlike many All-America teams, the AFCA teams consists of just a first team offense, first team defense, and three specialists. There are no second-team, third-team or honorable mention selections.

Jenifer (6-4, 306) started all 11 games at right tackle for the Blue Jays this season and led an offense that set school records for points per game (40.5) and yards per game (500.6), helping JHU to its fifth consecutive Centennial Conference title and third straight appearance in the NCAA playoffs.

Johns Hopkins finished the 2013 season with a 10-1 record, and Jenifer and his classmates depart with a 38-7 record in their four years with the team. The 38 wins are tied for the most in school history by one class.