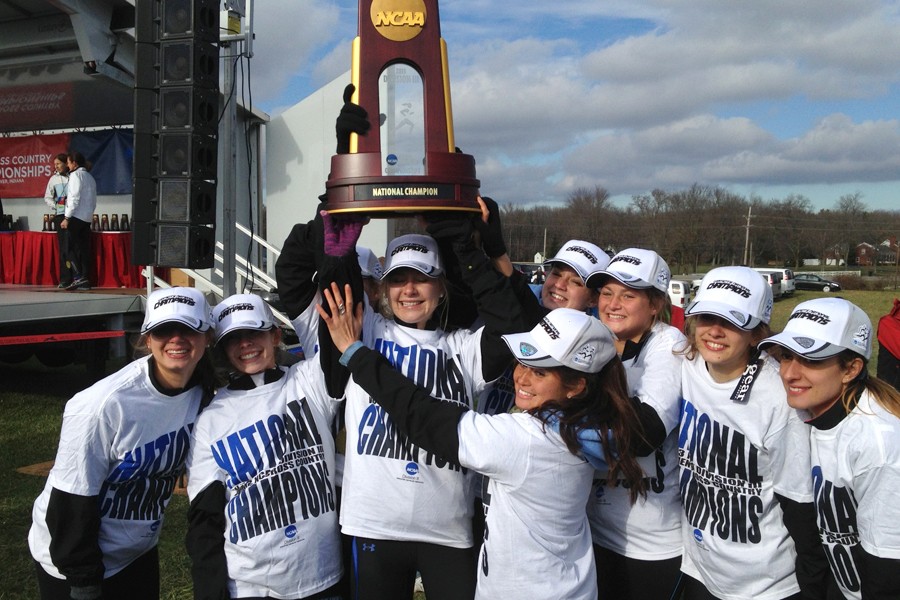 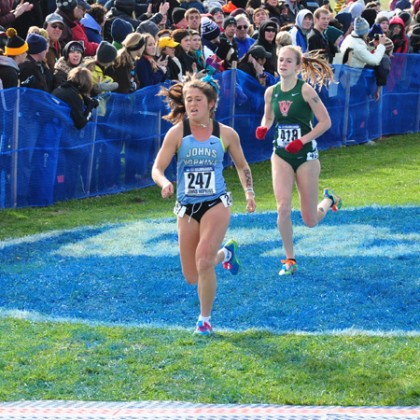 Sophomore Hannah Oneda paced the top-ranked Blue Jays with a fourth-place finish, covering the in 6K course in 21:27. Senior Annie Monagle was 14th (21:43) and junior Frances Loeb was 15th (21:44) for JHU, which scored 85 points to earn a decisive victory over runner-up Williams (137). The point total was significantly lower than the 153 points the Blue Jays scored to win the 2012 crown.

Johns Hopkins is the first team to repeat as women's champions in DIII since Middlebury won in 2000 and 2001.

"I'm so proud of such a historic season that was fueled by so many individuals well beyond the seven that ran today," JHU coach Bobby Van Allen said. "They handled the pressure extremely well with great maturity from being ranked No. 1 all year and cut our point total almost in half from last year's team. ... These girls are developing the culture of Johns Hopkins cross country and felt like they were representing all the alumni that have ever worn a Hopkins cross country uniform."

Senior Holly Clarke (38th, 22:03) and junior Ashley Murphy (46th, 22:09) also placed in the top 50 for Johns Hopkins, which sent its top runners to the front of the pack early on the Hanover College course. Oneda stayed with the lead pack throughout the race, finishing 16 seconds behind individual champion Chelsea Johnson of St. Scholastica but just 5.4 seconds out of second place.

"When I went across the finish line, I sat down and was delirious and I looked around and was like, 'Did we win?'" Oneda said. "Once we looked up at the screen and flashed the results, that was awesome."

In the men's race, Johns Hopkins place 11th, the best finish at NCAAs in the history of the program. Senior Max Robinson placed 30th to pace the Blue Jays, making him the first JHU All-American in men's cross country since 1991. St. Olaf narrowly edged defending champion North Central by an 84-86 margin to claim the men's team title.

"NCAAs marked the end of a very historic season for us, and I'm so proud of these guys," Van Allen said. "They're going to end this year being conference champs, NCAA regional champs, and our highest finish ever at nationals. There's so much to be proud of." 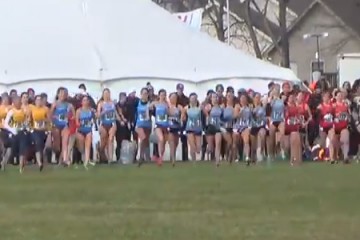 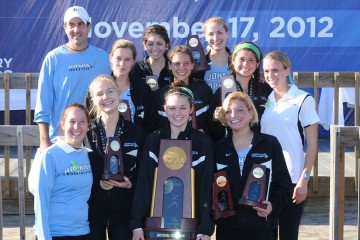