Azafrán, Alkimia, and Acanto are cafés, not classrooms, and Irena Stein is a chef, not a professor. 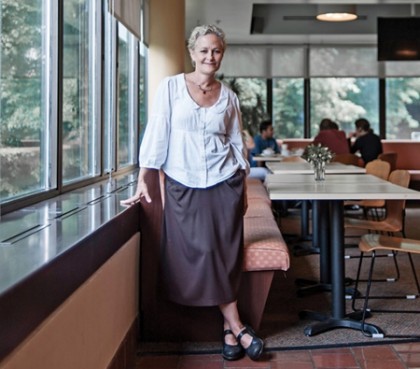 But the October issue of Baltimore Magazine highlights that Stein, the culinary mind behind Homewood's trio of A-list eateries, is a teacher in her own right, introducing "a more European sensibility" to the eating habits of faculty, staff, students, and visitors (all three cafés are open to the public).

Stein serves up all-natural meals and snacks low in salt, sugar, and fat, and in smaller portions that won't send everyone back to the lab or classroom feeling bloated and logy after lunch.

"For me, to feed people all-natural, homemade food is incredible," Stein told Baltimore Magazine. "There is nothing industrial about what we do. If I'm not going to eat it, then I'm not going to have anybody else eat it."

Stein's tenure at Hopkins began in 2004, after restaurateur and food writer John Shields of Gertrude's at The Baltimore Museum of Art recommended her to revamp the Muller Building cafeteria in the Space Telescope Science Institute. With Azafrán, she took the space beyond its tired "McDonald's and plastic flowers" vibe to something way more chic with a healthier menu.

Stein carried that philosophy across campus to Gilman Hall in 2010 with the opening of Alkimia, a small café next to the building's airy atrium. This fall, she brought Acanto to campus in the newly renovated Mudd Hall atrium. Acanto's menu is a bit of a departure from her other Homewood offerings. While Azafrán focuses on internationally influenced cuisine and Alkimia serves coffees, lunches, and snacks, Acanto emphasizes locally sourced gluten-free, dairy-free, and pesticide-free food.

Find out more about what's on the menu today at Stein's website. 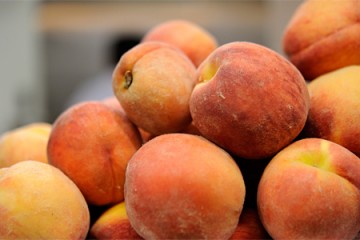