Elif Yavuz, who worked for Clinton Foundation, was 8 months pregnant

A 2004 graduate of the Johns Hopkins School of Advanced International Studies was among more than 60 people killed in a violent mall attack in Kenya over the weekend. 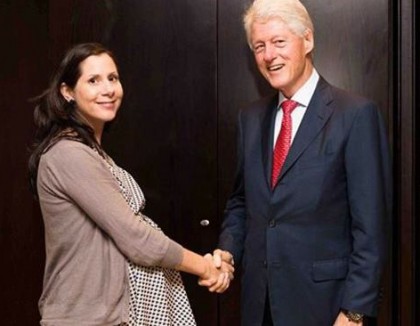 Elif Yavuz, 33, a Dutch citizen of Turkish heritage, was living in Africa, working for the Clinton Foundation and fighting malaria. According to media reports, Yavuz, who was eight months pregnant, and her partner, award-winning Australian architect Ross Langdon, were visiting Nairobi. He was also killed in the attack.

"On behalf of the Johns Hopkins community, I will be expressing our deepest condolences to Elif's family and loved ones," Johns Hopkins President Ronald J. Daniels wrote in a message to faculty, staff, and students.

Yavuz studied at the SAIS Bologna Center in 2002-2003 and in Washington the following year, earning a Master of Arts degree and concentrating in European studies. After SAIS, she worked for the World Bank before attending the Harvard School of Public Health. She earned a ScD there earlier this year, doing her dissertation on malaria in East Africa, and then joined the Clinton Foundation.

On Saturday afternoon, gunmen associated with al-Shabab, a Somali militia allied with al-Qaeda, stormed the upscale Westgate Premier Shopping Center in Nairobi, killing more than 60 people. A standoff between the gunmen and Kenyan security forces stretched into its fourth day Tuesday.

"We were shocked and terribly saddened to learn of the death of Elif Yavuz in the senseless attacks in Nairobi," President Bill Clinton said in a released statement. "Elif devoted her life to helping others, particularly people in developing countries suffering from malaria and HIV/AIDS.

"Elif was brilliant, dedicated, and deeply admired by her colleagues, who will miss her terribly."