The Johns Hopkins University Class of 2017 began arriving on the university's Homewood campus on Wednesday. New students and their families were greeted by volunteer upperclassmen, who helped the students unload their cars and move belongings into their dorm rooms.

The class has 1,320 students, among them the No. 1 ranked U.S. water skier, the founder of a sustainable tree farm in Uganda, an opening performer for the band Earth Wind and Fire, a health columnist for Huffpost Teen, an independent filmmaker recognized by the American Film Institute, and the creator of a program that allows corporations donate old computers to disadvantaged schools in India and Sri Lanka. 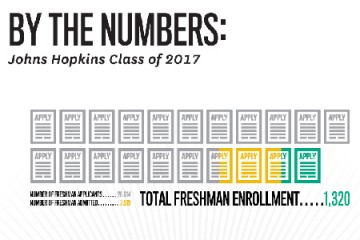 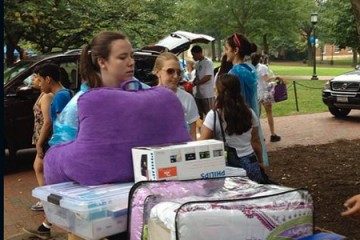 Back to school: Move-in week at Johns Hopkins