Linda Greenhouse, Pulitzer Prize-winning former Supreme Court correspondent for The New York Times, is the featured speaker for The Johns Hopkins University's ninth annual Constitutional Forum on Constitution Day, Sept. 17. Greenhouse, who now teaches at Yale Law School, will give a talk titled "Who Owns the Constitution?" at 8 p.m. in Hodson Hall on the university's Homewood campus. 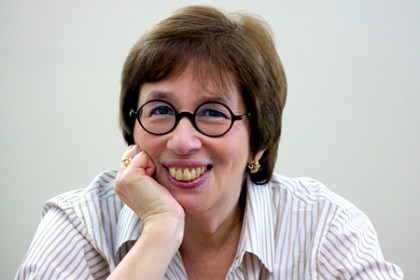 Greenhouse reported for the Times for 40 years, covering the high court from 1978 to 2008. She now writes a column for the newspaper's website while serving as Yale's Joseph Goldstein Lecturer in Law; she has taught courses on the Burger court and the court as an institution and co-directed the school's Supreme Court Advocacy Clinic. She is also a senior research fellow and Knight Distinguished Journalist in Residence at Yale.

Greenhouse won the Pulitzer Prize for beat reporting in 1998 for her "consistently illuminating" court coverage. In 2002, the American Political Science Association honored her with the Carey McWilliams Award for "a major journalistic contribution to our understanding of politics."

Her latest book, The U.S. Supreme Court: A Very Short Introduction, was published in 2012 by Oxford University Press. A second edition of Before Roe v. Wade: Voices That Shaped the Abortion Debate Before the Supreme Court's Ruling, co-authored with Reva Siegel, appeared in 2012. She also wrote a biography of Justice Harry A. Blackmun, Becoming Justice Blackmun, published in 2005.

Greenhouse, a Radcliffe College graduate with a Master of Studies in Law degree from Yale, is a member of the Harvard University Board of Overseers and serves on the governing boards of the American Academy of Arts and Sciences, Phi Beta Kappa, and the American Constitution Society. She is a vice president of the American Philosophical Society and one of two non-lawyer members of the American Law Institute, which awarded her its Henry J. Friendly Medal in 2005.

The 2013 Constitutional Forum is supported by the George Huntington Williams Memorial Lectureship, established to honor the memory of George Huntington Williams, a pioneer in the microscopic study of rocks and minerals. He was the university's first professor of petrology and founded what was then called the Department of Geology (now Earth and Planetary Sciences) in the late 1880s. In 1917, his family created an endowment in his memory for lectures by distinguished public figures on topics of widespread contemporary interest. Past speakers have included Archbishop Desmond Tutu and Russian President Boris Yeltsin.

The Constitutional Forum at Johns Hopkins is sponsored by the Department of Political Science and Office of Student Life. It has been organized since its inception in 2005 by Joel Grossman, now professor of political science emeritus.