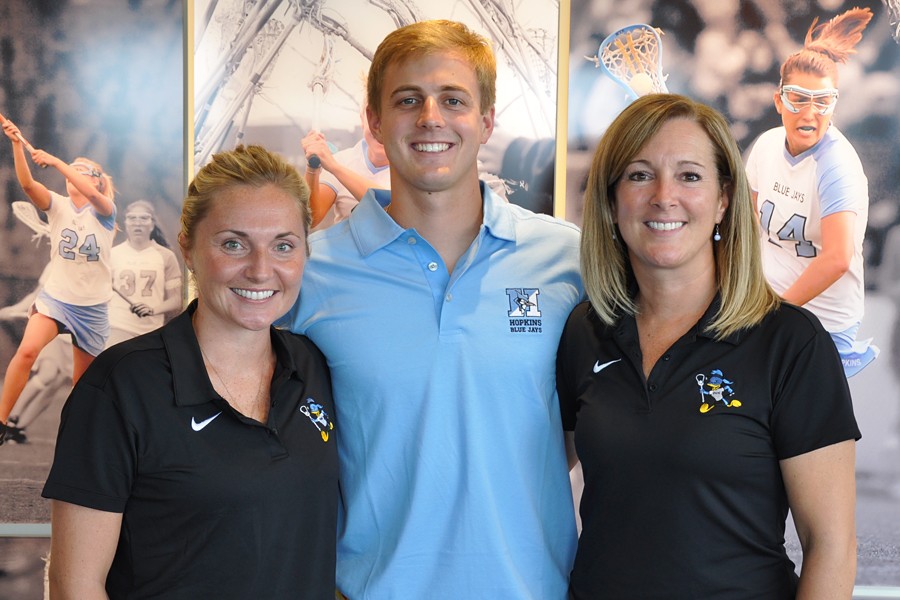 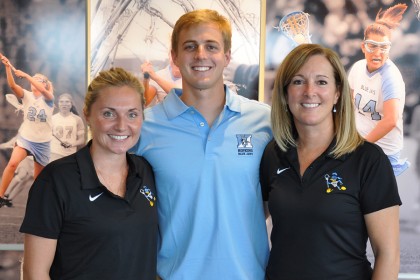 Stanwick, who graduated from U.Va. in 2012 as the program's all-time leading scorer, has been named an assistant coach and will serve as the Blue Jays' offensive coordinator, oversee video operations, and assist in recruiting and day-to-day operations.

"I'm really excited about this opportunity," Stanwick said in a news release. "Hopkins has such a great tradition and is such an outstanding school. Coaching the women's game isn't something I expected in my first coaching job, but I couldn't be more thrilled. There will be some challenges in transitioning to the women's game, but I grew up watching my sisters play, and I'm looking forward to working with the players."

Stanwick is the fifth of eight children, all of them accomplished lacrosse players. Older sisters Sheehan, Coco, and Wick were All-Americans at Georgetown, and younger sister Covie set a single-season scoring record at Boston College as a sophomore last season with 65 goals. Younger brother Wells has tallied 33 goals and 37 assists in two seasons with the JHU men's team; he led the Blue Jays with 47 points as a sophomore.

Steele Stanwick played high school lacrosse at Loyola Blakefield High School in Towson, Md., and Inside Lacrosse rated him the best high school player in the country in 2008. He set a Virginia freshman scoring record with 58 points (36 goals, 22 asissts) in 2009 and was named the ACC's rookie of the year, and as a junior he won the Tewaarton Award as the nation's top lacrosse player after leading the Cavaliers to their fifth national championship. Stanwick finished his U.Va. career with 269 points, the most in Virginia history and the 17th-most in NCAA Division I history through 2012.

Stanwick graduated from Virginia in 2012 with a degree in history and was drafted second overall by the Ohio Machine of Major League Lacrosse. Since making his MLL debut in June 2012, Stanwick has tallied 58 points in 22 games. This summer Stanwick played in his first MLL All-Star game.

"Steele Stanwick is a wonderful addition to our staff," said Tucker, who will return for her 21st season as JHU's head coach in 2014. "He is extraordinarily bright and mature and has a passion to teach the game. Steele has always admired his sisters' respective careers and has a true appreciation for women's lacrosse. ... Anyone who has had the pleasure of watching Steele play can see he has a brilliant understanding of how to create offense, and we are excited for him to bring his innovative approach to our team."

Tucker also announced that assistant coach Tara Singleton, who has spent three season with the Blue Jays, has been promoted to associate head coach, and that former Duke goalkeeper Megan Huether would join the staff as a volunteer coach to work with JHU's goalies.

Johns Hopkins went 10-7 last season. The Blue Jays have not participated in the NCAA tournament since 2007.