Future engineers use their noodles to build bridges from spaghetti 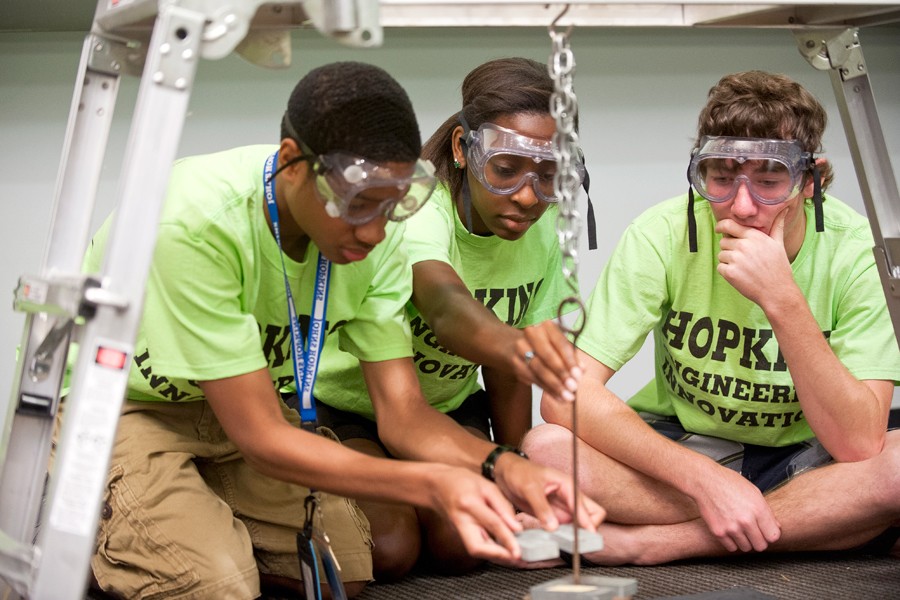 Bridges are typically made of steel and stone, but next week hundreds of high school students will attempt to make them from nothing but pasta and epoxy as part of Johns Hopkins University's annual edge-of-your-seat spaghetti bridge contest.

It's suspenseful and nervewracking as students who have spent days designing and building bridges put their brittle creations to the test, gradually adding weight, kilo by kilo. Prizes and bragging rights go to the students who build the bridges that support the most weight—the record stands at 132 pounds.

As family and friends cheer them on, 115 students from 21 states and eight countries will compete at 10 a.m. pm July 26 on the university's Homewood campus. On that morning, several hundred additional students will compete in smaller contests at other sites in Maryland and across the country.

"It's tense and exciting and it's fun because the kids are proud of themselves—as they should be," said Christine Newman, assistant dean for engineering education outreach in the university's Whiting School of Engineering.

The event caps the university's Engineering Innovation summer program for young people eager to apply their knowledge of math and science. Over four weeks the students get a taste of everything from robotics to civil engineering and learn to puzzle through real-world problems just like an engineer. More than 80 percent of those that complete the program go on to pursue careers in science and engineering.

"Our course has proven effective in getting young people interested in and excited about STEM fields," Newman said.

Engineering Innovation began as an off-shoot of Michael Karweit's freshman course at Johns Hopkins for undecided engineering majors called "What is Engineering?" He designed it to give students an honest look at a field where devising creative solutions to dilemmas is the name of the game.

"I wanted to introduce students to how engineers think," said Karweit, a professor of chemical and bimolecular engineering in the School of Engineering. "The joy of engineering is there is never just one correct answer."

Corporate sponsors cover tuition for low-income students, including some from Baltimore. Through a pilot program this year called "Engineering Fundamentals," a dozen of those local students started two weeks early, using the extra time to bone up on math and science basics and study skills.

"We're trying to get these kids to build their confidence and potential for success," said Engineering Innovation Director Karen Borgsmiller.

Recently, students from the program spread out along a JHU quad trying to measure the distance from one lofty campus spire to another using nothing but a yardstick and a length of string. One of them was Oliver Mahoro, 18, a senior at Baltimore's Academy for College and Career Exploration who dreams of attending Stanford University to become a petroleum engineer.

Mahoro is thrilled to spend the summer challenging himself alongside other smart, motivated young people.

"It gives me an opportunity to fully challenge myself in ways high school doesn't," he said. "Some people think summer is about sitting around outside or going to the beach. This has been the coolest summer I've ever known." 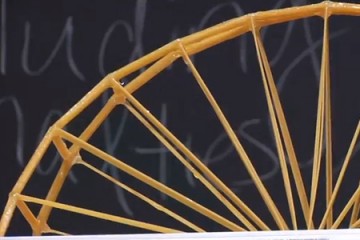