Lloyd Bunting, a 1950 Johns Hopkins graduate and a three-time first-team All-American in lacrosse, died Saturday at the Pickersgill Retirement Center in Towson, Md. He was 86. 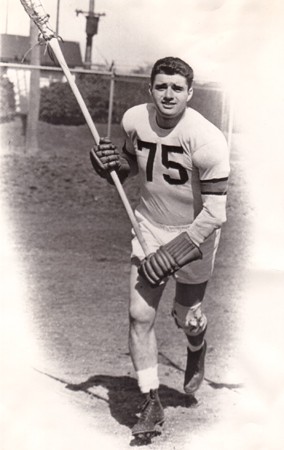 Bunting helped the Blue Jays to four consecutive USILA National Championships from 1947 through 1950, and Johns Hopkins never lost a game to a collegiate opponent during his career. In the storied history of the Blue Jays lacrosse program, the Class of 1950 is often the benchmark by which all classes are measured.

Bunting was the 1949 recipient of the William C. Schmeisser Award as the nation's top defenseman. He was inducted into the National Lacrosse Hall of Fame in 1975.