Rare and painful blood disorder affects about 100,000 people in U.S.

Johns Hopkins researcher Carlton Haywood Jr. understands sickle cell disease in a way few others can—the overwhelming pain that "blossoms into a thunderstorm," the toll it takes on a patient's life, and the paucity of understanding of—or funding for—the condition in the health care community.

Haywood, 37, a faculty member at the Johns Hopkins schools of medicine and public health and at the university's Berman Institute of Bioethics, has lived with the rare disease since birth. He was featured in Saturday's edition of The Baltimore Sun:

As rare as the blood disorder is, Haywood's situation is even rarer. A bioethics and hematology professor at the Johns Hopkins University, he's one of the few academicians who root a career studying the illness in personal experience.

Haywood the scholar knows Haywood the patient, a fact that imparts a special meaning and power to an often lonely mission.

"There's so much Carlton brings to our work that no one else can," says Dr. Sophie Lanzkron, the director of the Adult Sickle Cell Clinic at Hopkins. "He has significant illness, lives with this discomfort every day and manages it incredibly well. It's one reason he knows as much about [sickle-cell] as anybody I've met."

Sickle cell disease affects about 100,000 people in the U.S., according to the National Institutes of Health, more than 90 percent of them black. The condition describes misshapen red blood cells—unlike the doughnut-shaped cells that flow freely through the vascular systems of most people, those with sickle cell disease have crescent-shapen red blood cells that get stuck as they move through the body, resulting in painful episodes.

"Think of the worst pain you've ever had—a broken bone or a migraine—and imagine it as a steady rainfall," Haywood told The Sun. "Then it blossoms into a thunderstorm that lasts for hours." 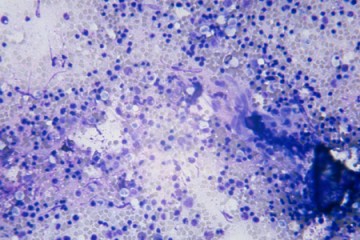 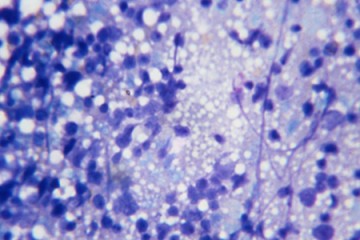