Blue Jays have competed as an independent for 130 years 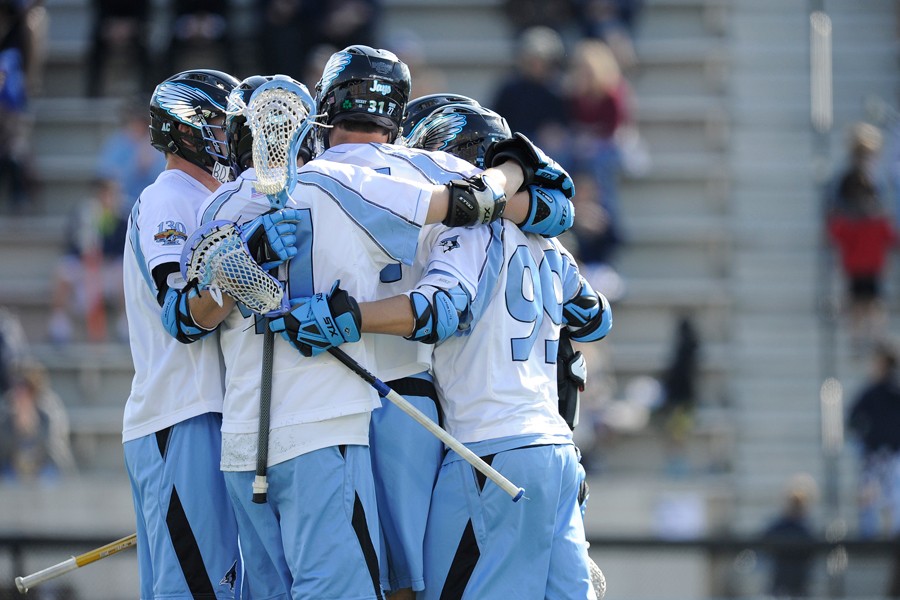 Image caption: Members of the Johns Hopkins men's lacrosse team celebrate after a goal against Navy.

Johns Hopkins will pursue conference affiliation for its men's lacrosse program, university President Ronald J. Daniels announced in an email message today, a decision based on the unanimous recommendation of a special committee formed to explore the program's options.

Though JHU has competed as an independent with no conference or league affiliation for the entire 130-year history of its men's lacrosse program, the changing landscape of the sport prompted the university to weigh its options, Daniels said.

"That conclusion was based on committee members' conviction that such a move will provide our university and history's most-successful lacrosse program the best opportunity for continued leadership at the highest level of intercollegiate competition," Daniels wrote. "It was based on their conviction that joining a Division I conference for men's lacrosse is the best course for our athletes, our program, and our university, and that it can be done without compromise to our academic integrity or athletic traditions."

Daniels said that more than one conference has expressed interest in adding the Blue Jays as a member, but there have been no formal invitations to date. There is no timetable for a decision on which conference JHU would affiliate with, Daniels said, and remaining an independent is still an option. He said he would report back to the university community when a final decision had been made, adding that conference affiliation is a possibility as soon as the 2015 season.

"We'll continue to do our homework, learn about the conferences, trying to figure out what's the best fit for our lacrosse program and what's the best fit for us institutionally," Pietramala said. Factors to consider, he said, include a good academic fit with conference schools, prospects for national competitiveness, and scheduling opportunities.

Johns Hopkins first fielded a men's lacrosse team in 1883, seven years after the founding of the university. The Blue Jays have won 44 national titles, including nine since men's lacrosse became a sanctioned NCAA sport, and participated in 41 consecutive NCAA tournaments (a streak that began in 1972) before being left out of the 16-team field this year.

There are currently 63 Division I men's lacrosse programs, four of which compete as independents—Johns Hopkins, High Point, Marquette, and Mercer. The remaining 59 teams belong to one of nine conferences, with the league champion of eight of those leagues receiving an automatic bid to the NCAA tournament. Automatic qualifiers this year included Detroit (5-9) from the Metro Atlantic Athletic Conference and Bryant (8-10) from the Northeast Conference. Johns Hopkins went 9-5 this season.

The move to a conference will not have an impact on other sports at Johns Hopkins, Daniels said. The women's lacrosse team will compete in Division I as an independent when it leaves the American Lacrosse Conference after the 2014 season, and all other teams will continue to compete at the Division III level.

The committee's complete report can be viewed online at http://web.jhu.edu/administration/president/lacrosse_committee/. 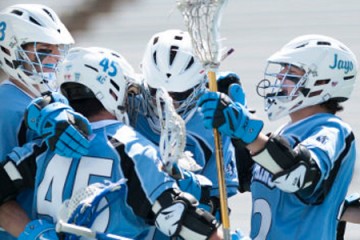 Blue Jays win, don't get in

Published May 6, 2013
JHU tops Army but is left out of NCAA field for first time since 1971 / hopkinssports.com 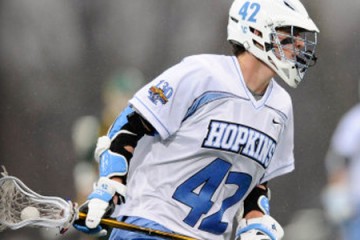