Bacteria in mosquitoes could help stop spread of malaria 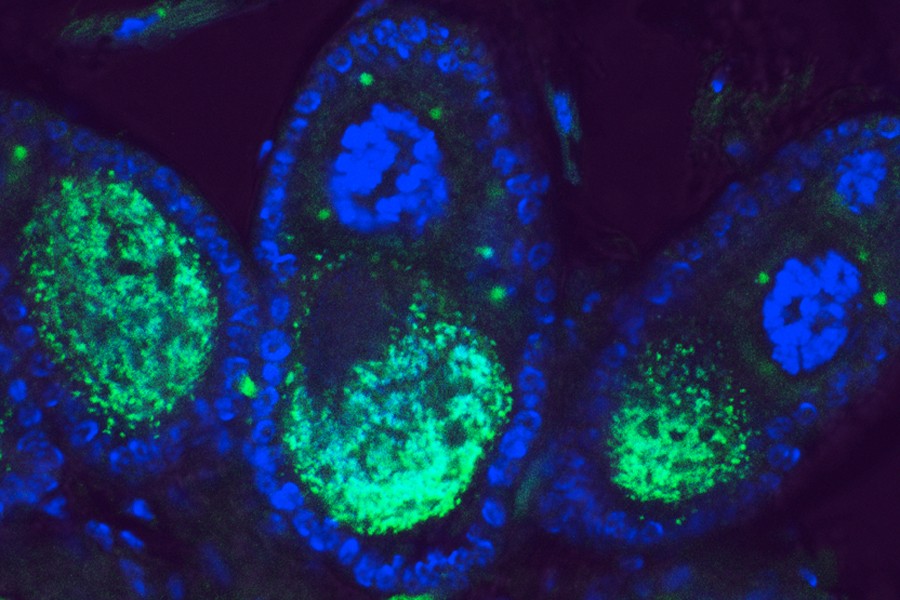 Image caption: Wolbachia bacteria (in green) infect the ovaries of a malaria-transmitting mosquito

Scientists at Johns Hopkins and Michigan State universities have made a key discovery in the fight against malaria, one that could one day lead to the ability to control the disease with a specific bacterium, NPR reported. 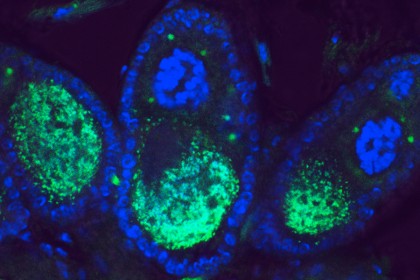 Image caption: Wolbachia bacteria (in green) infect the ovaries of a malaria-transmitting mosquito

Microbiologist George Dimopoulos, a professor in the Johns Hopkins Malaria Research Institute at the Bloomberg School of Public Health, and Zhiyong Xi, MSU assistant professor of microbiology and molecular genetics, have found that the transmission of malaria from mosquitoes to humans can be interrupted when the mosquitoes are infected with a strain of the bacteria Wolbachia. Previous studies showed that Wolbachia made mosquitoes resistant to the malaria parasite, but the effect of the bacteria vanished over time. Dimopoulos and Xi have figured out how to make the bacteria last for the mosquitoes entire lifetime, and even have it passed on to offspring.

The results of their research were published Thursday in the journal Science.

"Groups have been trying to do this for more than 10 years," Dimopoulos told NPR. "So it's a landmark achievement. ... You could just release large number of infected females and establish Wolbachia in a mosquito population. Gradually it would convert a malaria-spreading population to a non-spreading one."