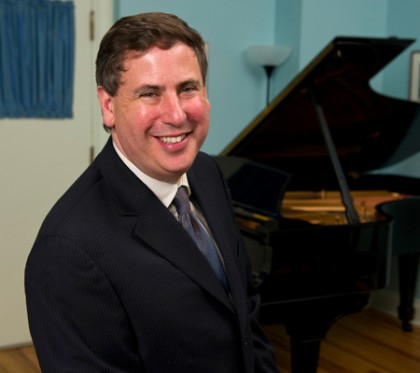 Jeffrey Sharkey, director of the Johns Hopkins University Peabody Institute for nearly seven years, won't seek another term in the position, he announced in a message to Peabody faculty, staff, and students earlier today.

Johns Hopkins President Ronald J. Daniels announced Sharkey's departure to the university community via email. Sharkey will remain in the position until a successor is named, Daniels said.

"Jeff's tenure at Peabody has contributed in so many uncounted and uncountable ways to the institute's position and prospects," Daniels wrote. "I am grateful for his dedication to the institute and the university and for his many accomplishments. I know that you join me in wishing him well."

Sharkey, a pianist, composer, and veteran music educator, became director of the Peabody Institute in September 2006. As director, he is responsible both for nearly 700 undergraduates and graduate students in the institute's Conservatory, and for the Peabody Preparatory, a community music and dance school serving 1,800 students from early childhood through adulthood.

Daniels credited Sharkey with significantly accelerating the institute's fundraising efforts, with focusing on student aid and faculty support, with developing closer ties with the university's Homewood and East Baltimore campuses, and with amplifying Peabody's impact in the community.

"The Peabody and both its conservatory and preparatory divisions are in a stronger position today as a result of Jeff's leadership, and they are poised to accomplish even more," Daniels wrote.