Measure to be signed by O'Malley next week will fund new schools, renovations

When Maryland Gov. Martin O'Malley signs Senate Bill 743 next week, he will be ushering in a new era for Baltimore City schools. The landmark legislation will enable the city to make the largest investment in its school buildings in more than half a century—many of its most dilapidated structures built before 1960 will be closed and replaced with 15 new schools and the full renovation of 35 existing schools over the next seven years. 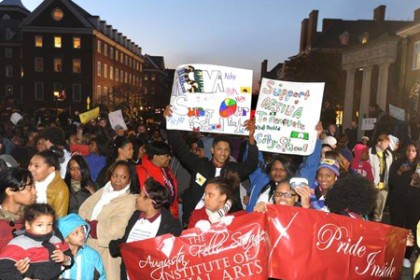 The road leading to the passing of this bill involved a massive effort by school and neighborhood leaders, including many from the Johns Hopkins community. Johns Hopkins University President Ronald J. Daniels co-authored an op-ed in The Baltimore Sun in March 2012 supporting funding for new schools. The op-ed noted "it's been proven that academic performance suffers when students lack basic amenities such as reliable plumbing, heating and cooling systems, and structurally safe and sound buildings."

A number of students and alumni from the School of Education were active in the effort, led by Yasmene Mumby, a 2008 JHU graduate who received a master's in teaching from the School of Education in 2010. Mumby served as co-chair of the Baltimore Education Coalition, a citywide coalition of 25 organizations that took a leadership role in organizing parents, students, and community partners across the city to support the legislation. The groups sponsored a rally in Annapolis in March that attracted more than 3,000 to the state capital.

In addition to Mumby, School of Education alums Jennifer McDowell, Dena Robinson, and Joseph Francaviglia rallied parents, students, and others to attend the Annapolis event. In total, several dozen SOE students and alumni were actively involved in the city-wide effort in support of the bill, which was approved 40-7 in the state Senate and 107-30 in the House of Delegates. O'Malley will sign the bill into law on May 16. 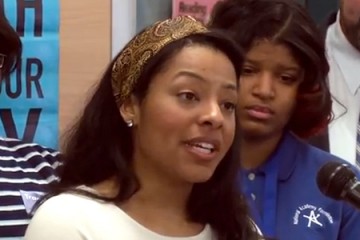