Time magazine has named Johns Hopkins Children's Center HIV expert Deborah Persaud one of the world's 100 most influential people for her research and clinical work in pediatric HIV and AIDS. 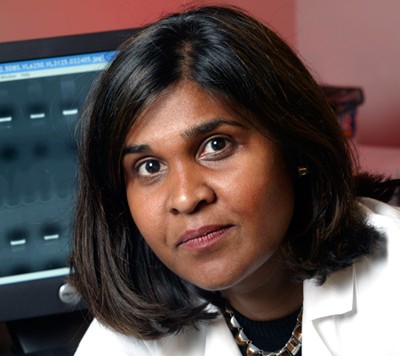 Persaud, a virologist and an infectious disease specialist, was propelled into the spotlight in early March when she and colleagues Hanna Gay of the University of Mississippi Medical Center and Katherine Luzuriaga of the University of Massachusetts Medical School announced the first functional cure of HIV in an infant. A functional cure occurs when a person is able to keep the virus at clinically undetectable levels over the long term, even after stopping treatment.

While Persaud and her colleagues cautioned the infant's unusual case requires further study and people with HIV should not discontinue treatment, they also hailed it as a potential game-changer supporting the notion that very early treatment quashes the formation of the viral hideouts that make the virus impossible to clear. HIV's ability to form such hideouts shortly after infection is one of the virus's most vexing quirks and one that stymies cure.The newborn was treated with antiretroviral therapy unusually early, which the experts believe prevented the development of reservoirs and led to the child's eventual functional cure.

"Debbie Persaud's work has sparked renewed interest in finding a cure for a disease that was some time ago chalked up as incurable," says Johns Hopkins Children's Center Director George Dover. "Her perseverance and passion have paid off and illuminated some new strategies to improve both prevention and treatment of pediatric HIV."

More than 300,000 HIV-infected babies are born each year worldwide despite ongoing efforts to prevent mother-to-child transmission in the first place. An estimated 34 million people worldwide, 3 million of them children, are currently living with HIV or AIDS. 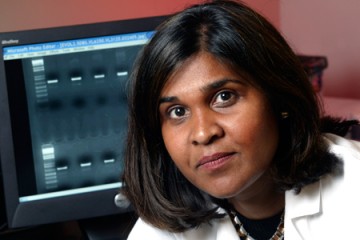