Nasr: Obama administration should reconsider pivot away from Middle East

Vali Nasr, dean of the Johns Hopkins School of Advanced International Studies in Washington, D.C., examines U.S. foreign policy in Asia in an article published by The Atlantic, warning that Washington's renewed attention to East Asia—and China in particular—shouldn't come at the expense of the rest of the continent.

President Barack Obama has made a pivot away from the Middle East and towards East Asia the cornerstone of his foreign policy in his second term, Nasr writes, but the strategy seems to ignore the value of a strong presence in the Middle East, particularly in the Persian Gulf, which is a critical supply route for China. "The administration has made it clear that we are now in the business of containing China," Nasr writes. "So should we not be doubling down on the Persian Gulf, a region we have already secured for 60 years, rather than abandoning it at the precise moment that it has achieved new strategic value?"

Nasr, author of the forthcoming book The Dispensable Nation: American Foreign Policy in Retreat, looks at China's ambitions, and the Obama administration's interest in containing those ambitions, and concludes that, "America has got its Asia strategy wrong. It should start with a broader view of Asia, one that reflects the strategic interests that bind the eastern and western parts of that continent and drive China's role there. In that larger context American presence in the Middle East is an enormous asset that will become more valuable as America's rivalry with China intensifies in the years to come." 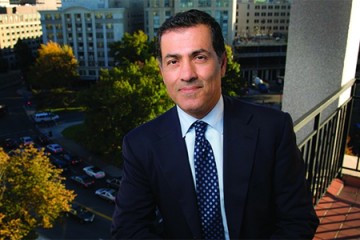