Dr. Alfredo Qui&ntilde;ones-Hinojosa, a renowned neuroscientist and neurosurgeon at the Johns Hopkins University School of Medicine, will be the featured speaker at the university's commencement ceremony next month. 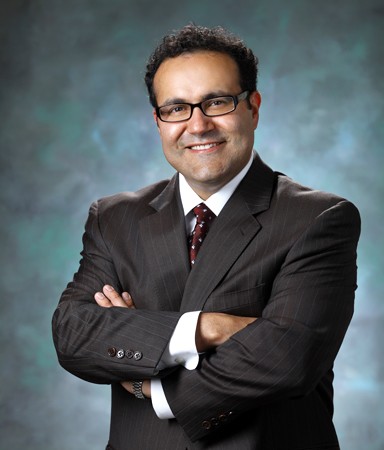 He will address graduates from all Johns Hopkins schools at the May 23 university-wide event at the Homewood campus at which their degrees are officially conferred.

"Dr. Q" is known for his cutting-edge cancer research and his easygoing, comforting manner with patients, as well as his role in the Peabody Award-winning ABC News documentary series "Hopkins," which followed several doctors and nurses as they treated patients at The Johns Hopkins Hospital.

Qui&ntilde;ones-Hinojosa's path to becoming a physician started in an unlikely place: a cotton field. He came to the United States in 1987 from his native Mexico at the age of 19, penniless and unable to speak English. Driven to have a better life than the one he would have had in Mexico, Qui&ntilde;ones-Hinojosa took jobs picking cotton, painting and welding to pay for his tuition at San Joaquin Delta Community College in Stockton, Calif. He studied English and tutored other Spanish speakers in math and science. Qui&ntilde;ones-Hinojosa transferred to the University of California, Berkeley, where he earned his bachelor's degree in psychology with high honors in 1994. Five years later, he earned his medical degree with honors from Harvard Medical School.

After Harvard, Qui&ntilde;ones-Hinojosa attended the University of California, San Francisco, to train in both general surgery and neurosurgery, and to conduct clinical research in epidemiology and biostatistics. He also earned a postdoctoral fellowship from the National Institutes of Health to study developmental and stem cell biology. In 2005, Qui&ntilde;ones-Hinojosa came to Johns Hopkins, where he became a faculty member and surgeon specializing in brain cancer and pituitary tumors. Qui&ntilde;ones-Hinojosa's titles include professor of neurological surgery, oncology, neuroscience, and cellular and molecular medicine, director of the brain tumor surgery program at Johns Hopkins Bayview Medical Center, and director of the pituitary surgery program at The Johns Hopkins Hospital. He was profiled by Hopkins Medicine magazine in 2007 and by The New York Times in a 2008 article titled "A Surgeon's Path From Migrant Fields to Operating Room", .

In addition to teaching and treating patients, Qui&ntilde;ones-Hinojosa conducts brain cancer research sponsored by the NIH, focusing on stem cells located in the brain. He theorizes these cells could be targeted to halt the spread of cancerous cells more effectively and naturally than current surgery techniques or radiation treatments. 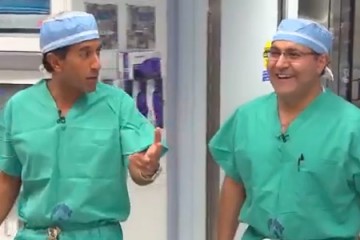