Lee recognized for discovery of hormone that regulates muscle mass

Johns Hopkins researcher Se-Jin Lee was named Wednesday as the 2013 recipient of the Ho-Am Prize in Medicine, which recognizes outstanding accomplishments in medical research that pave the way to conquering disease. It is awarded each year to an ethnic Korean and is sometimes referred to as "Korea's Nobel." 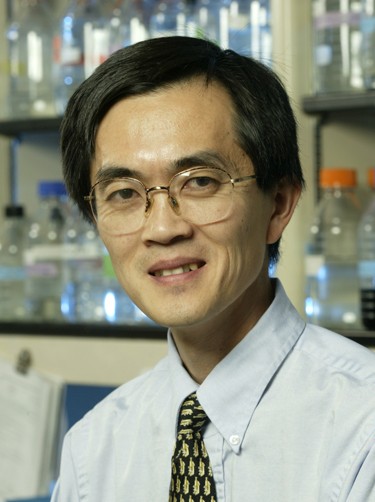 Lee is best known for his discovery of myostatin, a hormone that regulates muscle mass, and related work that lays the foundation for new therapies for conditions such as muscle wasting and muscular dystrophy.

Lee will receive the award at a ceremony in Seoul on May 31. The award amount is 300 million South Korean won, the equivalent of about $270,000.

"It's great to see Se-Jin's work recognized with such a prestigious prize," said Carol Greider, director of the Department of Molecular Biology and Genetics at the Johns Hopkins University School of Medicine and winner of the 2009 Nobel Prize for Physiology or Medicine. "He and his team have greatly advanced our understanding of signaling and muscle development."

The prize, established in 1990 by the Samsung Corporation in honor of Samsung's founder, is given by South Korea's Ho-Am Foundation.