U.S. under Obama has turned its back on commitments overseas

In an op-ed published by The Wall Street Journal, Eliot Cohen, director of the strategic studies program at Johns Hopkins School of Advanced International Studies, takes aim at what he sees as a "dangerous" shift U.S. foreign policy under President Barack Obama.

Cohen contends that an administration focused on nation-building at home has turned its back on commitments, both formal and moral, overseas.

"Over the past four years, the U.S. has scaled down its presence, ambitions and promises overseas," he writes. "Mr. Obama has announced the end of the early-21st-century wars, though in truth the conflicts in Iraq, Afghanistan and elsewhere are merely shifting to new, not necessarily less-vicious phases. He has refrained from issuing unambiguous threats to hostile states, such as Iran, that engage in bellicose behavior toward the U.S., and he has let his staff speak of 'leading from behind' as a desirable approach to foreign policy."

Later, Cohen writes: "A world in which the U.S. abnegates its leadership will be a world of unrestricted self-help in which China sets the rules of politics and trade in Asia, mayhem and chaos is the order of the day in the Middle East, and timidity and appeasement paralyze the free European states. A world, in short, where the strong do what they will, the weak suffer what they must, and those with an option hurry up and get nuclear weapons." 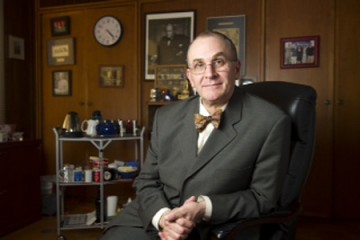